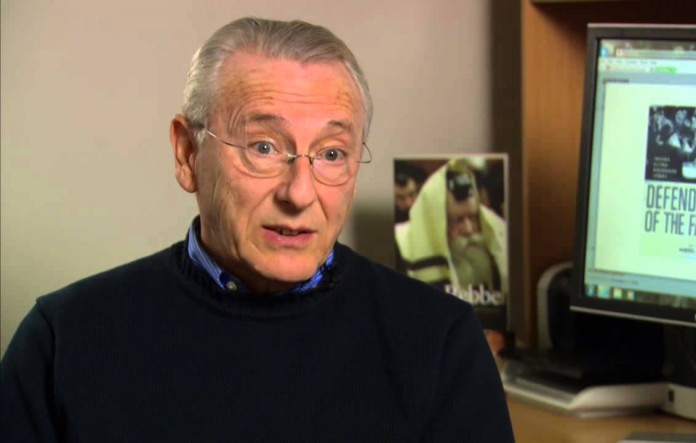 A report by Ben Sales for JTA on the current presidential election and the Orthodox Jewish community’s response claims that “observers” say that chareidim are attracted to Donald Trump as a candidate because of his “hawkish foreign policy, pugnacious personality and image as a successful businessman.”

As is the wont of the media when it comes to writing about the frum community, Sales turned to Samuel Heilman, sociologist at Queens College of the City University of New York. Chareidim vote Republican, Heilman claimed, “both to distinguish themselves from less observant Jews and because they identify with the party’s social conservatism.” He said that “this election could push chareidim to Trump in especially large numbers because Clinton is a woman. Voting a woman into the most powerful position in the world, Heilman said, “would be hard for a community whose gender roles are so clearly defined that its newspapers don’t even print photographs of women, including public figures like Clinton.”

“They don’t want to be like the rest of the Jews,” Heilman said. “The idea that a woman can have the ultimate position doesn’t sit right with them. When the president of the United States makes news, they can’t put a picture of her in Yated Neeman.”

A member of the frum press strongly disagrees with Heilman’s assertion.

“He’s wrong on both counts,” said Rabbi Yitzchok Hisiger, executive editor at Yated Neeman. “Members of the Orthodox community don’t make their electoral choices to distinguish themselves from less observant Jews. I’m not sure what that claim is even supposed to mean. Frum Jews vote for those who reflect their values and will serve them well – no different than anyone else. That’s where it starts and ends. And it matters not whether that person is a man or a woman. A quality candidate, with stances and policies that are consistent with their outlook, will receive Orthodox votes.”

Rabbi Hisiger added that the fact that Orthodox newspapers like Yated and Hamodia don’t print photographs of women is irrelevant.

“Connecting that fact with the way Orthodox Jews vote demonstrates a lack of familiarity with the community and the way it operates,” said Rabbi Hisiger. “One thing has absolutely nothing to do with another. One is a journalistic decision relating to modesty, while voting is a decision related to who will best serve the Orthodox constituents.”

Another member of the chareidi media, Rabbi Yisroel Besser, a contributing editor at Mishpacha Magazine, took a shot at JTA for turning to the anti-chareidi go-to guy, Heilman, to provide analysis.

“…why ask someone who really knows if they have Heilman on speed-dial ready to identify our problem and phobias?” tweeted Rabbi Besser tongue-in-cheek.

Sale quotes Yated Neeman’s editor, Rabbi Pinchos Lipschutz, who wrote in a February column that voters are supporting Trump because “he gives voice to the attitude that empowers the people. He talks about the real fear in American homes, the desire to triumph, the hope of being winners again. He continues to fill large arenas, peddling that message, and by doing so, he makes the professional politicians look silly.”