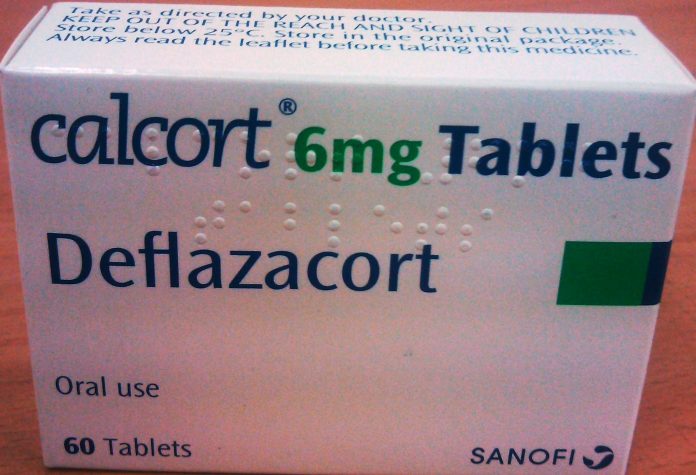 Politicians are, once again, concerned that a drug company that plans to sell an old medicine for a very high price is taking advantage of the system.

“We urge you to significantly lower your price for this drug before it goes on the market next month,” they wrote. “Marathon’s apparent abuse of government-granted exclusivity periods and incentives to sell what should be a widely available drug for $89,000 a year is unconscionable.”

Last week, Marathon earned approval for deflazacort, a steroid that has long been available outside the U.S., to treat a devastating, fatal muscle deteriorating disease called Duchenne muscular dystrophy. The planned list price for deflazacort is $89,000 a year, with rebates that will bring the net price to $54,000. For years, patients have been able to import the drug from other countries for about $1,200 a year — so even with the rebates and discounts, the new price is a 4,400 percent increase.

Rare diseases were once thought of as unprofitable niche medicines, but the government in 1983 introduced incentives — including a seven-year monopoly — for treatments for orphan diseases that afflict fewer than 200,000 Americans. That led to a business model that has made orphan drugs a potentially lucrative business opportunity.

About 15,000 U.S. patients, mostly boys, suffer from Duchenne. The progressive disease first robs children of their ability to walk and kills them in their 20s and 30s.

“We believe Marathon is abusing our nation’s ‘orphan drug’ program, which grants companies seven years of market exclusivity to encourage research into new treatments for rare diseases – not to provide companies like Marathon with lucrative market exclusivity rights for drugs that have been available for decades,” the politicians wrote. “Marathon will have a monopoly on deflazacort for years to come, preventing less expensive generic competitors from entering the market, despite the fact that this drug is already available in generic form in other countries.”

In an interview last week, Marathon’s chief financial officer, Babar Ghias, told The Post that patients would pay nothing or very small co-pay amounts due to insurance and financial assistance offered by the company. He also said the company had intentionally priced the drug on the low end of therapies for such rare diseases.

“That argument is not a defense of Marathon’s actions, but rather an indictment of a system that allows drug companies to engage in such opportunistic pricing behavior,” the politicians wrote.

The politicians also point out that the company has received a priority review voucher that could be used to speed up the development of their next drug – or be sold to another company for hundreds of millions of dollars.

They further expressed their concern that the drug, a steroid that can be used for other conditions, will be used for diseases it isn’t approved for as a means of increasing its sales. Sanders and Cummings sent the company a list of questions about the cost of developing the drug and its cost to patients as part of an investigation.