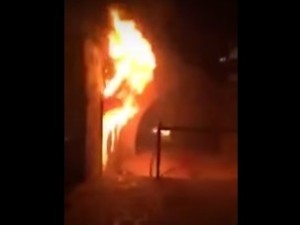 Kever Yosef has been set on fire by Palestinians overnight Friday, as the Arab terror in Israel continues unabated.

Kever Yosef is located on the outskirts of the city of Sh’chem and has been vandalized by Palestinians on a regular basis.

Times of Israel reported that Channel 2 television said Palestinian Authority security forces dispersed the hundred-strong crowd and managed to douse the fire at the kever. IDF troops arrived at the scene once the confrontation was over and the fire was out.

The Walla website reported that PA security forces had brought the fire under control and dispersed the rioters. The blaze caused major damage to the women’s section at the site.

“The burning and desecration of Joseph’s Tomb last night is a blatant violation and contradiction of the basic value of freedom of worship. The IDF will take all measures to bring the perpetrators of this despicable act to justice, restore the site to its previous condition and ensure that the freedom of worship returns to Joseph’s Tomb,” IDF Spokesman Lt. Col. Peter Lerner said in a statement Friday morning.

After Israel took over the West Bank in 1967, Muslims were prohibited from worship at Kever Yosef. Ever since, there has been intermittent terror by Muslims at the site.

Falling under the jurisdiction of the Palestinian National Authority following the signing of the Oslo Accords, it remained under IDF guard with Muslims prohibited from praying there. At the beginning of the Al-Aqsa Intifada in 2000, just after being handed over to the PA, it was looted and razed by a Palestinian mob. Following the recontrol of Sh’chem during Operation Defensive Shield in 2002, Jewish groups returned there intermittently. Between 2009 and 2010, the structure was refurbished, and visits by Jews resumed.

Over the year and a half between 1999 and 2000, the IDF, seconded by the Shin Bet and the Israeli Border Police, had asked the government to evacuate the kever. In September 2000, in the wake of Ariel Sharon’s controversial visit to the Hara Habayis, the Al-Aqsa Intifada broke out, and Sh;chem. turned into conflict zone, in part after its governor’s son was shot dead during a clash with Israeli soldiers. The Palestinians targeted the site, reportedly on the grounds that it was better for the shrine to belong to no one than to be appropriated by just one religion, burning the yeshiva to the ground, incinerating its seforim and painting the dome green. After the death of an Israeli border policeman, the head of the IDF’s southern command, Brigadier-General Yom-Tov Samia, threatened to resign if the government kept control of the kever , since retaining control of it was ‘patently illegal.’ Prime Minister Ehud Barak eventually complied with the request and the site was handed over to the Palestinian police on October 7, 2000.

Israeli newspapers framed the return of the site as a humiliating defeat for the nation. The kever was pillaged and torched by Palestinian protesters hours after its evacuation. The next morning, the bullet-riddled body of Rabbi Hillel Lieberman of Elon Moreh, a cousin of Senator Joseph Lieberman, was found on the outskirts of Sh’echem , where he had gone to check damage to the kever.

After the events of October 2000, the IDF prohibited Israeli access to the kever. As a result of Operation Defensive Shield, Nablus was taken over by the IDF in April 2002. Some chassidim and others began to take advantage of the new circumstances to visit the site clandestinely under the cover of darkness, evading army and police checkpoints. Eventually Kever Yosef was once more open to visits.

In May 2002, Israeli soldiers mistakenly opened fire on a convoy of settlers taking advantage of an ongoing incursion in Nablus to visit the tomb. Seven settlers were arrested by the army for illegally entering a combat zone. As a result of Operation Defensive Shield, the tomb was retaken by the IDF and shortly afterwards, in response to numerous requests, they renewed guarded tours of the tomb. One day every month at midnight as many as 800 visitors were allowed to pray at the gravesite. These visits were designed to prevent unauthorized and unprotected clandestine visits. However, in October, citing security reasons, Israel re-imposed a ban on Jewish pilgrims obtaining special permits and travelling to the kever.

In February 2007, thirty five Knesset members (MKs) wrote to the army asking them to open the kever to Jewish visitors for prayer.

In early 2008, a group of MKs wrote a letter to the Prime Minister asking that the kever be renovated: “The tombstone is completely shattered, and the holy site is desecrated in an appalling manner, the likes of which we have not seen in Israel or anywhere else in the world.”

In February, it was reported that Israel would officially ask the Palestinian Authority to carry out repairs at the kever, but in response, vandals set tires on fire inside the tomb. In December 2008, Jewish workers funded by anonymous donors painted the blackened walls and re-built the shattered stone marker covering the grave.

As of 2009, monthly visits to the tomb in bullet-proof vehicles under heavy IDF protection are organized by the Yitzhar based organization Shechem Ehad. In late April 2009, a group of Jewish worshipers found the headstone smashed and swastikas painted on the walls, as well as boot prints on the grave itself.

In August 2010, it was reported that the IDF and the Palestinian Authority reached an agreement on renovating the site. Israel’s chief rabbis visited and prayed at the tomb along with 500 other worshippers, the first such visit by a high-ranking Israeli delegation in 10 years.

On April 24, 2011, Palestinian Authority police officers opened fire on three cars of Israeli worshipers after they finished davening at the kever. An Israeli citizen was killed and three others were wounded.

On July 7, 2014, Palestinians tried to burn down the kever while protesting. Palestinian Authority security forces were able to stop the protesters before they were able to burn it down.

On December 22, 2014, Jews who were visiting the kever to light candles for Chanukah discovered that the site had been vandalized. Lights were broken and electrical wiring had been cut. It was the first time Jews were allowed to visit the kever in over a month. 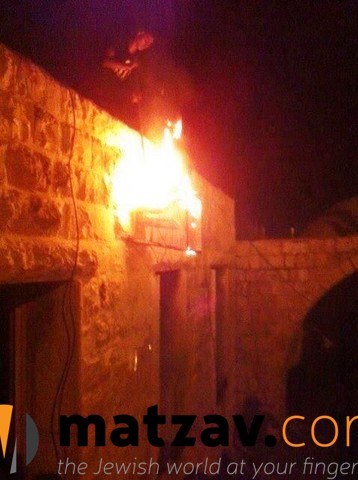 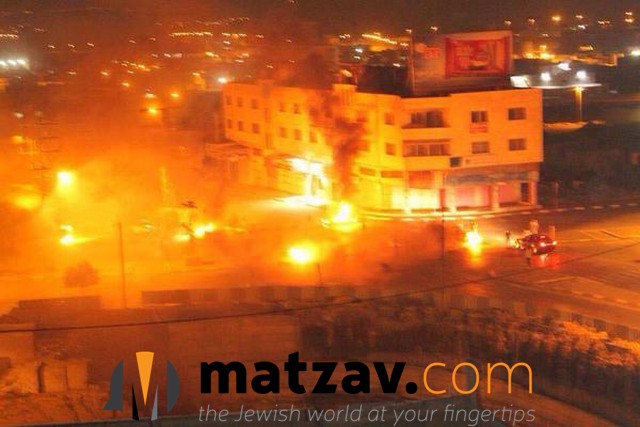