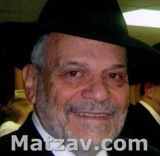 The disaster that befell the Jewish people in the desert and that doomed the generation that had left Egypt and stood at Sinai had many causes. But to me, the most blatant cause was that Moshe somehow picked the wrong men to be the spies that would report on the Land of Israel. They were, in the words of the Torah and Rashi’s commentary to those words, great men, leaders of Israel, people of piety and belief. Moshe was supremely confident that they would be enthusiastic about the blessings of living in the land of Israel. Yet, with the exceptions of Calev and Yehoshua, these leaders got the facts right and the conclusions all wrong.The rabbis of the Midrash indicate that they had a personal agenda that drove them, perhaps existing even only subconsciously within them – that they were afraid of losing their leadership roles to younger people of the next generation when the Jews would enter the Land of Israel. But I feel that one can see a deeper reason and psychological insight as well. The Land of Israel has always been a difficult test for Jews. It is much easier to deal with an imaginary place – a Holy Land – where everything will be perfect and satisfying than to be forced to contend with a real place where life is far from perfect and where ideals are difficult to realize. The spies were disappointed in what they saw, in the reality of the land as compared to their imaginary perfect home and this disparity depressed them and colored their report to the rest of their compatriots. The Jerusalem on this earth never quite matches up with the heavenly Jerusalem of our dreams. And the inability to deal with this truth became a main cause of tragedy for the ten spies and for those who believed in them.

Calev and Yehoshua were not discouraged by the reality of the land as they saw it. They said: “aloh naaleh” – we will go up, we will improve the situation, and we will not forsake our dreams and ideals because of the difficulties that the land poses. We will make it better and be able to succeed. Living in Israel as I do, I often hear, especially from those Jews who still reside in the Diaspora – many of them pious, observant, fine people, comments about the imperfections of our state and of its populace. It almost seems to serve as an excuse to remain in the desert and not to come to Israel because of the difficulties involved. I make no excuses for the failings in Israeli life, be they religious, educational, social or economic. Nevertheless, one need only look at the achievements that have been wrought here over the past century of Jewish life in order to be heartened.

The Land of Israel poses now, as it always has, a severe test of Jewish faith, loyalty and commitment. What is necessary is for all of us to possess the optimism and fortitude of Calev and Yehoshua in viewing the Land of Israel and the Jewish community residing therein. We will certainly go up, we will improve, and we will strive to fulfill our goal and ideal of being a special people living in a special land. In so doing, we will realize the goal of a holy people residing in a holy land.