There is a story told about a chaburah of serious ovdai Hashem who every week together took on another mida to work on 24\7. The first week they worked on the middah of laziness. The second week they worked on tzedaka and the third week they struggled with haughtiness. During the midst of the fourth week when the agenda was controlling anger, someone knocked at the door of one of the chabura and was soliciting for tzedakah of hachnasas kallah for his own daughter. The baal mussar after hearing his plea raised his hands in the air and said Oy! I am so sorry. What a shame you didn’t come two weeks ago because then I was “mamesh” head and heart into working on the mitzvah of tzedakah!

People have a tendency to be locked in to an idea, middah, or goal and are therefore not flexible when necessary. Yes one can be locked into kedusha as well and it still does not make it right. My Rebbi ztl Rav Shlomo Freifeld used to say there are individuals who have acquired the middah of emes and there are those that emes has acquired them. The former possesses the healthy middah of emes while the latter possesses a distortion. We find people who say I must tell the truth so therefore you are ………. These negative and hurtful words that flow out of the mouths of these people under the banner of righteousness portray individuals who are not in control of their traits but rather their traits are in control of them. For we have learned that one must be flexible with the usage of his middos and not to be straight jacketed in them. The word middah itself attests to this understanding because it means measurement. Every measurement has a beginning and end.

Everyone seems to be secure and comfortable by locking themselves with an identity and association such as this particular team, this type of music, this style of dress, this political party, this sport, this vacation, this make car etc. People rest more easily when they know what to expect and not have any surprises or sudden changes happen to them. But unfortunately being locked in has its deficits. Take the individual who says I can only daven Rosh Hashana or Yom Kippur is a certain shul even though it is out of the country. So he leaves his wife and family for a few days and hopes his kids daven with some stranger on the holiest days of the year. Sure he might be having a good time but I would suspect that his wife being alone on these Yomim Tovim with the family is not the happy trooper that he makes her out to be.

I once read the story of the Divrei Chaim from Sanz who on Pesach was eating soup with his old and partially senile mother sharing the same bowl. At one point she put in some matzah and nevertheless he kept on eating with her because of kibud aim. There is no question that this was his first time in his life that he ate gebrachtz but he was ready to flex and change his lifetime custom on the moment. This behavior is only possible by someone who was the baalhabas over gebractz and not the gebrachtz the baalhabass over him.

My Rebbi ztl told us that one day his high school rebbi walked into the yeshiva without wearing a hat. The talmidim were dumbfounded for they never ever saw him naked like that. One of the boys questioned the rebbi on the issue. He answered that his daughter was sick and was sleeping and he was afraid to walk in her room where the hat was in case he would unintentionally wake her. It was the rebbi who controlled the hat and not the hat who controlled the rebbi.

We react to certain experiences with certain learned behavior. Rabbi Avigdor Miller ztl once said that the reason why we have a negative attitude towards rain is because probably when we were young and it began raining for our first time, we heard one of our parents remark, “Oh no, it is raining. Now I am stuck in the house with the kids.” That association would make anyone hate rain for eternity. But what if the reaction was “Baruch, look how beautiful and wonderful the rain is,” and then one would go on to explain all of its benefits, then we would have a different positive outlook and take on it.

Unfortunately the same holds true with all of our locked in impulsive reactions. I vividly remember the story that my Rebbi ztl told about a couple who owned an inn and they would fight and curse each other all the time until all the customers stopped patronizing them because of the electric filled atmosphere. Realizing that they are about to be sent to the “poor house” they made up that instead of cursing each other they would give berachos in their place. It would only be them who knew the truth of their smiling berachos to each other. From that day on their business prospered because everyone just loved to be in an inn that was constantly flowing with love and berachos between husband and wife. The funny thing was that at the end they both found new love and respect between themselves because of blessing each other instead of cursing.

A good hypnotist can make you react with a burning feeling every time you touch ice just by the mere suggestion alone. This indicates that one can change the reaction and the way one looks and feels towards experiences. Do not allow yourself to be locked in and a prisoner of your own making. You can change and reframe to be a happier you and at the same time to make others happier as well.

There used to be fervent Chassidim and Misnagdim. Today they don’t really exist as the Michtav Mayeliyahu expounds in his fifth sefer page 35 – 39. Therefore, Rav Dessler writes (over fifty years ago), what we must do in our times of Mashiach and almost the only path left to take is to chhap up everything and anything that would help us strengthen our Yiddishkeit – both the wisdom of Chassidus and Mussar together.

Rav Dessler ztl did not just write this message to us but he lived and practiced it as well. In the same mamer in Michtav Meyaliyahu we can find back to back Likutai Moharan, Nefesh Hachayim, Maharal, Rav Simcha Zissel of Kelm all used to weave an explaination in a deep concept. We must forget about being locked into labels, identities, and expected reactions. If it helps you get closer to Hashem and it is emes, go for it. Whether it be a Tish, or a shiur, a Chassidish or Litvish sefer, a Lubavitch niggun or a Polish march, a hisboddedus in the forest or a tevila in the mikveh. Hashem is sending us today everything and anything possible because we need everything possible and anything big or small to help us survive this ever darkening Galus.

Our Chazal say that when Hashem was about to create Man, He asked the middah of emes what her opinion was, to which she responded negatively with the reason that Man will be full of lies. Hashem then went ahead and threw emes to the earth. What was the purpose and gain in that? I would like to suggest that when one throws something from upon very high, as it hits the ground it splinters into many pieces. The higher the place from where it falls the broader the area into where these particles spread. Hashem wanted that no matter where a Yid find himself he will still be able to discover another particle of emes to grab on to in order to extricate him from the lies of his surroundings of Olam Hazeh. Each emes might be nothing but tiny, but nevertheless it is still emes and life changing if we cherish it. In the days of Mashiach we do not have the gigantic emeses as we used to have in the past but Hashem has prepared for us many different facets of it that can nourish us with different prisms at any time for the asking. But again we must be willing to be “rach kekaneh” (Taanis 20b) soft as a reed that bends and is flexible in the wind otherwise we will not partake from these miniature truths and only we will be the ones who miss out.

This idea I believe is hinted in the passuk in this week’s parsha (5,12) when Pharaoh decrees that no more straw (teven) will be given to them but rather they should take from whatever they find that is to be used to finish the same amount of service that they accomplished until now without the king supplying the straw as before. The word teven – straw also means understanding. The Torah is telling us that in galus we must seek wisdom from any source possible. Do not only expect to be fostered by hamelech the king referring to (Bamidbar 20,17) on the way of the king not to turn right or left. This derech of the king is inflexible and uncompromising. At this juncture in time and history, our avodah is to uncover the wisdom from any particle of emes that will bring us closer to Hashem so in this way one will not detract from his avodah due to loss of inspiration and spiritual arousal. 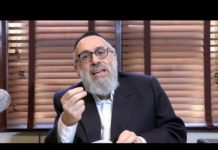 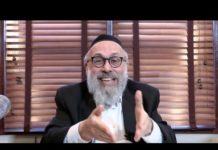