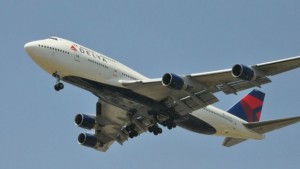 For the second time in three months, parts fell off a Delta Air Lines plane on Friday night as it took off from Ben Gurion International Airport outside Tel Aviv.

The parts could not be seen via runway cameras, and so remained on the runway through the night. Five planes took off overnight on the runway, passing just above the debris, according to a Channel 2 report Sunday.

The plane and all aboard arrived safely at their destination. The report did not specify which parts fell off the plane.

The incident took place just after midnight on the night between Friday and Shabbos. A radar system at Ben Gurion designed to warn of debris on the runway triggered an alarm in the control tower, which should have led to the runway’s immediate closure, an alert to Delta, and the clearing of the debris. But a controller who checked the runway cameras could not see the debris on the dark asphalt, and so wrote off the alert as a false alarm.

Some 50 percent of the cameras trained on the runway may not be fully operational, Channel 2 reported, citing “sources involved in examining the alert system.”

“The system meets required international standards,” Zakai said in response to the report. “In this safety incident, the radar identified the plane parts that fell, [but] the employee on station did not act according to regulations — and the labor union refused to allow the employee to participate in the investigation that should have taken place.” 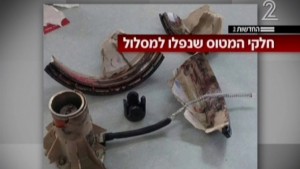 Labor union leaders have asked that management prove the cameras are fully operational before allowing the worker to be grilled by investigators, saying management wanted to blame the worker for a broader safety failure.

The airport’s management and labor union have been at loggerheads for months over wages and new positions opening up due to the construction of a new control tower.

In early October, a back wheel and part of the braking system fell off a Delta plane during takeoff from Ben Gurion Airport.

In that case, too, the debris “plunged down onto the runway” and was left there for some five hours, during which 10 further flights took off from the same runway, because a warning system highlighting the danger was dismissed as a false alarm. Read more at Times of Israel.