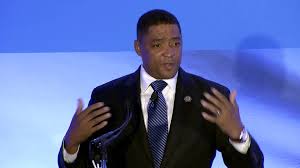 The Congressional Black Caucus is declining an invitation to meet with President Donald Trump, saying the group’s concerns have not been addressed.

“Given the lack of response to any of the many concerns we have raised with you and your administration, we decline your invitation for all 49 members of the Congressional Black Caucus to meet with you,” Rep. Cedric Richmond, the group’s chairman, said in a letter to the president.

Richmond says the Congressional Black Caucus sent letters to Trump and his cabinet members about a variety of issues in January, March, April and June, but the administration has not responded. The group met with Trump and Vice President Mike Pence at the White House in March. Read more at CONGRESSIONAL BLACK CAUCUS.