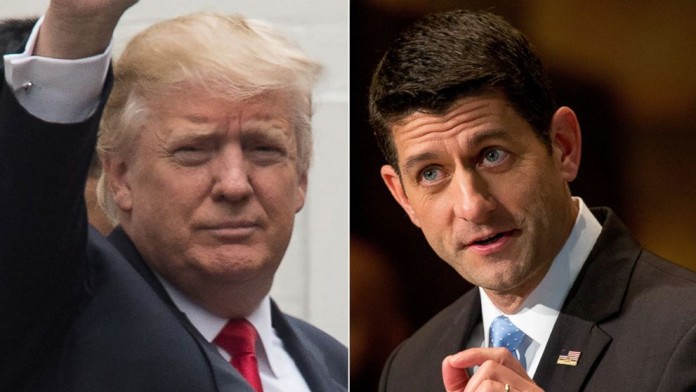 In a conference call this morning, House Speaker Paul Ryan reportedly told Republican members of the lower chamber that he will no longer defend Donald Trump or campaign with him before Election Day, and he urged them to focus their efforts on their own re-elections.

According to Politico, House Majority Leader Kevin McCarthy echoed Ryan, who disinvited Trump from a unity rally in Wisconsin over the weekend.

“You all need to do what’s best for you in your district,” Ryan reportedly said on the call, essentially giving them the green light to abandon Trump if they believe he is hurting them.

Trump has since responded to the Republican majority leader’s statment with a tweet. Monday afternoon the GOP nominee wrote, “Paul Ryan should spend more time on balancing the budget, jobs and illegal immigration and not waste his time on fighting Republican nominee.” Read more at POLITICO.