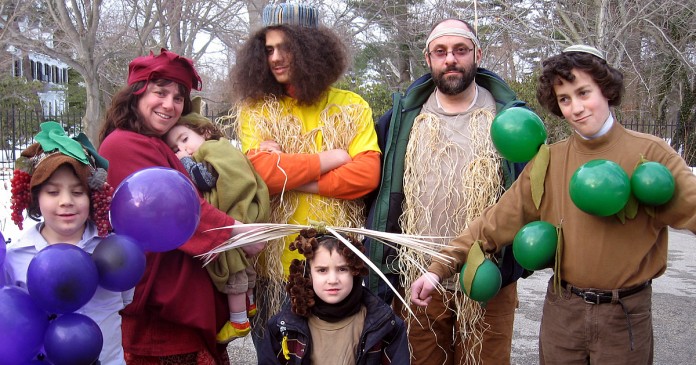 You won’t see the five Coplon boys dressed as villains or clowns on Purim. You won’t see them parading as cartoon characters or warriors either. For Binyomin, Yeshaya, Amitai, Ephraim and Michel, dressing up for Purim is an opportunity to educate themselves and others through creative costuming.

As a family of seven, the Coplons, from Chester, Pa., choose a yearly theme for their costumes and mishloach manos, or traditional Purim food packages, of a “significant seven” in Judaism. This year’s theme will be the seven rabbinic commandments, with each family member dressing as a different commandment, such as lighting Shabbos candles, netilas yodayim or building an eruv. In the past, they have dressed as the seven days of Creation, the “Seven Species” of the Land of Israel and the seven Noachide Laws. Each family member devises and creates his own costume and ideas for mishloach manos.

For 10-year-old Ephraim Coplon, the family costumes are a source of pride.

“I like dressing up together as a family because that way we’re showing that we’re united,” says Ephraim, who will dress as the mitzvah of saying the Hallel prayer. “In the times of Purim, the Jewish people were also united as one nation.”

That sentiment also pertains directly to the Hakhel year, an opportune time to promote Jewish unity and gatherings. 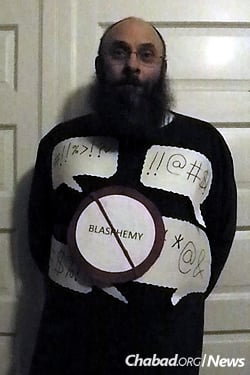 The Coplon family opts not to dress as villains, such as Haman, even though he is part of the Purim story for fear of ingraining negative messages or character traits into their children.
“I wouldn’t want to emulate those negative personalities or bring their message into my home or into the amazing holiday of Purim,” says Emily Coplon, originally from Philadelphia. “And the whole process of researching our costumes and thinking how we can represent the theme is really a learning experience for my boys.”
Michel Coplon, all of 7, is especially excited about the message that his costume can share with others: “I’m dressing as Shabbos candles, which is just like the Jews who were the light of Shushan.” 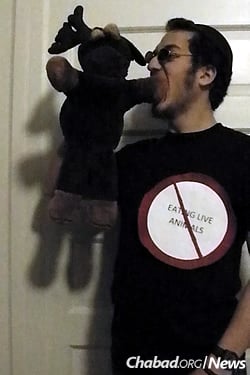 “It’s great to see a family with so much enthusiasm about Purim, coming together in such a unique way,” says Chani Baram, program director of Philly Friendship Circle, who celebrates the holiday with the Coplons almost every year. “Every family member is included as an important part of the costume theme, and it really adds a lot to the Purim spirit of everyone around them.”

That’s certainly what Arthur Coplon, who hails from Brooklyn, N.Y., hopes. The father of five says the group mentality in the form of thoughtful costumes can be used to spread a positive message to others.

“There’s enough negativity in the world as it is without our needing to dress in that way,” he explains. “It’s special for us to take a Torah concept that our kids can learn about and then use it to teach others as well.” 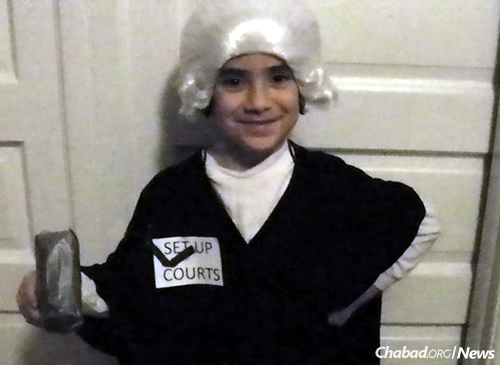 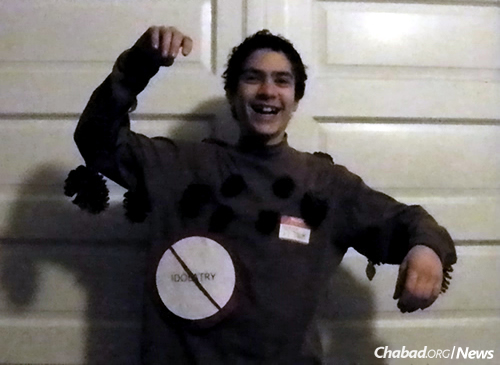 Acknowledge that there is only one G‑d who is Infinite and Supreme above all things. Do not replace that Supreme Being with finite idols. 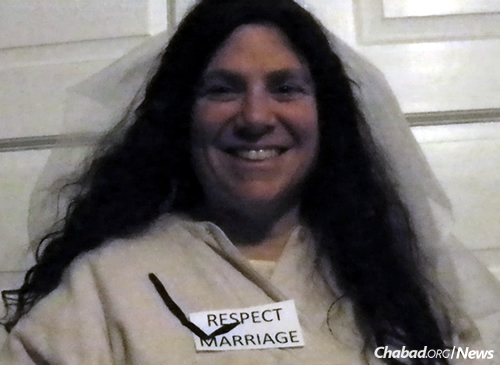