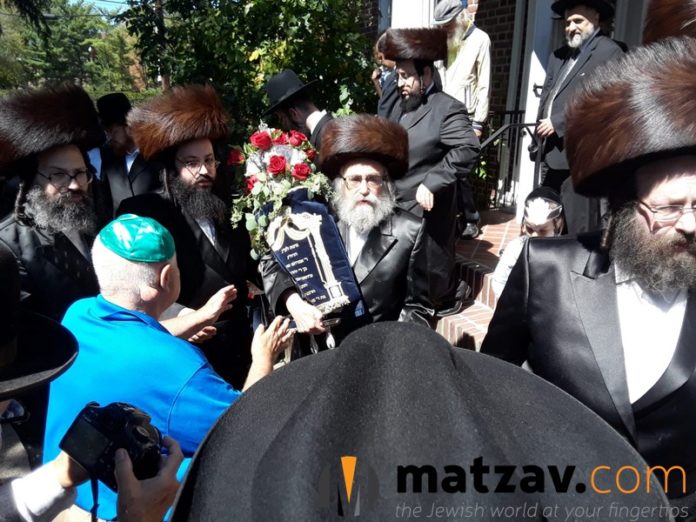 The excitement was tangible. It was written on the hundreds of faces – young and old, Chassidishe, Litvish, and secular-looking, alike – of those who came to the triple celebration held at Congregation Arugas Habosem (fondly known as “Rabbi Taub’s shul”).

The fulfillment of a dream that was long in the making, a triple milestone, was finally celebrated on Sunday, September 15: a Chanukas Habayis, the consecration of the new shul building; a Chanukas HaMikveh, the consecration of its new Mikveh; and, a Hachnosos Sefer Torah in memory of Rebbetzin Taub’s parents, the Honiader Rav, R’Avrohom Meir ben R’Yehuda Israel, and Rebbetzin Chava bas R’Meir Halevi Israel, z”l.

While the final letters of the new sefer Torah were being written in the Taubs’ home with the Brider Rebbe, Rav Shaye Taub, the Rebbetzin and her daughters and granddaughters – who traveled from various parts of New York, by car and chartered bus with their families – enjoyed hot kugel, salad, and desserts in the small shul with women from throughout the community,

Anticipation mounted, as we came outside and heard a chassidishe singer sing heartfelt niggunim on the Taubs’ front lawn and watched the Taub grandchildren distribute pekelach filled with candy, flags, and headbands to children. When the torches were lit, and Park Heights Avenue and Clark’s Lane were blocked off for the procession route, we knew the writing had been completed. The Brider Rebbe, Rabbi Shaye Taub, proudly came out of his house hugging the new sefer Torah which was regally dressed in gold embroidered blue velvet, topped with red roses.

To the joyous music and singing that was, no doubt, heard as far away as Reisterstown Plaza, the Rebbe jubilantly carried the newly written sefer Torah under the portable chuppah that awaited and, subsequently, to its new home. As his grandchildren escorted the chuppah by torchlight, the sefer Torah was passed from hand to hand, under the chuppah, giving marchers the honor of carrying it along the way.

As the procession approached the new shul, Arugas Habosem’s existing Torah scrolls were brought out to greet the newest sefer Torah addition. Together, they were danced into the shul with the accompaniment of niggunim and dancing that resembled a mix between a wedding and a Simchas Torah celebration.

A seudah (celebratory meal) immediately followed the return of the Torah scrolls into the shul’s new aron kodesh, which featured guest speaker, R’Dovid Meisels, shlit”a, the noted author of “Sefer Oitzar Hashabos” and the book, “The Rebbe: The Extraordinary Life & Worldview of Rabbeinu Yoel Teitelbaum, The Satmar Rebbe”, among other writings.

The front of the new shul bears the name, “Binyan Keser Tzvi’, in honor of its benefactor, builder Howard Brown.

“When I approached Howard, initially, for his help, he graciously responded,” remarks the Rebbe. “More recently, when I spoke to his employees about working a double shift so the building can be completed before the Yomim Noraim, they told me that Howard told them to do everything they can to make it happen.”

The shul will hold another event, after its completion, to put up the mezuzas.

“The kavod for Baltimore was the fact that a chassidishe kehillah that has been here since 1951 is still going strong and that we could continue the legacy of my father-in-law,” concluded the Rebbetzin. “We combined that with the Hachnoses Sefer Torah, for a sefer Torah written in memory of my parents…Seeing who came, it was a city-wide simcha, not just a kehillah simcha.”

I couldn’t help but think of how fitting this exhilarating tribute was to the founder of Arugas Habosem, the present Rebbe’s father, Rav Amrom Taub, z”l; how his dynasty has risen from the ashes of the Holocaust; and, how all of his children, grandchildren, and great-grandchildren are following in his legendary path.

I caught up with just some of the celebrants in the crowd and asked them to share their personal sentiments of the triple celebration.

Faigy Rabinowitz: “When we came to Baltimore 18 years ago from Eretz Yisrael, it was very, very special to find the Taubs. It was someone to hold onto, someone to look up to. It is very special to see today how the community comes together to honor Reb Shaye Taub, who has worked so hard and added so much to the community, and to honor the memory of his father, Reb Amrom Taub, z”l.”

Bashy Stein, of Westchester, New York, a daughter of Rav Shaye and the Rebbetzin: “I’m overwhelmed about this very, very big, grand day. It’s been so many years since my grandfather was here, and this was his dream come true – he always wanted to rebuild a new mikveh and new shul and keep the community very strong, together. Now that my father is continuing, it is our greatest honor for us and, I believe, for everybody in the community, as well.”

Baltimore City Councilman Isaac “Yitzy” Schleifer: “I grew up in this shul; I came here with my father, every week, so it is very personal to us. It is great to see, especially after the devastating events -when the roof collapsed – that the building is stronger than ever. It is really great for the entire community.”

Chavi Berenbaum, whose family has been davening in Arugas Habosem since moving to Baltimore from New York in 1976: “It’s a very special occasion. There is nothing like Rabbi Taub’s shul. It is really a wonderful, welcoming place. Everybody can find their place to daven here and they should have a lot of hatzlacha. I invite everybody to join the olam and daven here.”

Numi Oshry, a sister to Rav Shaye Taub, came from Monsey to attend the celebration. She shared, “It defies articulation. There are so many feelings…a lot of emotions… There is so much that happened to come to this moment, you can’t really encapsulate it… I hope that Moshiach comes before this building is finished, even though I want it to be finished very, very quickly, Moshiach should come even more quickly than that… This should be the first step in the real, permanent journey.”

Briendy Silberstein, of Williamsburg, Rav Shaye’s sister, added, “I feel like this is the place where my father’s neshama is still residing. When I come here, I feel closest to my father… I think there is hardly an hour in a day in my life that I am not either saying an expression of his or sharing a thought of his – my kids, too. He really left a legacy like no one I know.”

Mitzy Hershkowitz, Rav Amrom’s daughter, mentioned: “It’s great to be here with family – there’s nothing like family, Boruch Hashem, and I feel my father’s koach shining down on us – and may it be a meilitz yosher for all of us. He should have us all in mind for a kesiva v’chasima tova for all of klal Yisrael – all of his mispallelim, all the people that he always loved so dearly and continues to love. My father would always say, ‘there’s no such kehillah like mine; I love every one of them with the utmost ability that it is possible to love a Yid…..He was the epitome and the paradigm of Hashem’s goodness, no matter what he went through, and hopefully, we have some of that in us.”

Yitty Fried, a daughter of Rav Shaye, concluded, “In a few weeks, we will be laining Parshas Vayeilech. In the beginning of the parsha it discusses the end of Moshe’s days and the leadership being passed down to Yehoshua. Rashi explains that in order to really benefit from the well of wisdom, you have to abide by a mesorah. This is the essence of my parents’ shul, to be accepting of every mesorah; this is what Arugas Habosem is all about.”

There are still dedication opportunities available in honor or in memory of a loved one. For more information, call 410-764-0903. 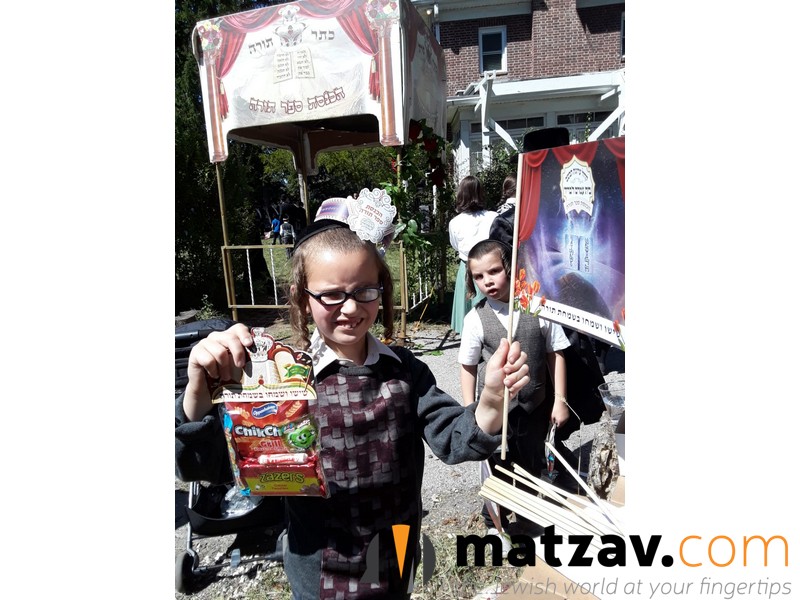 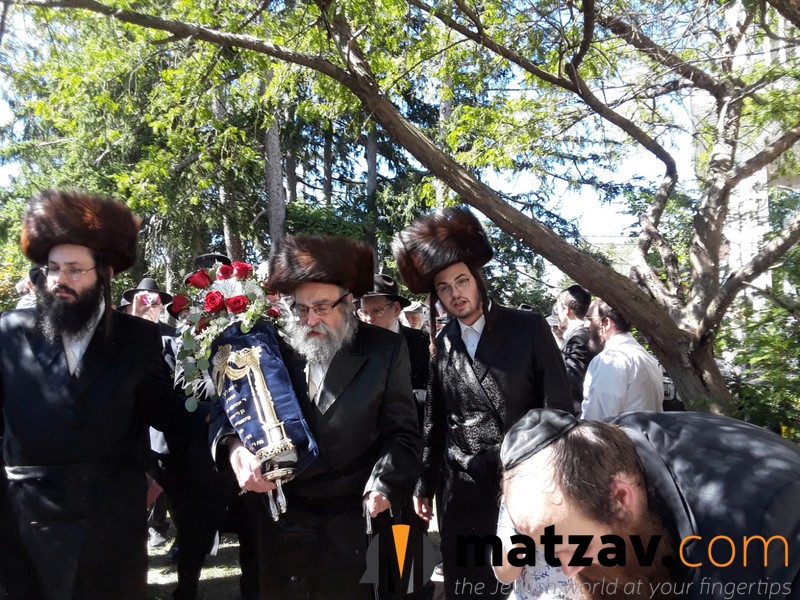 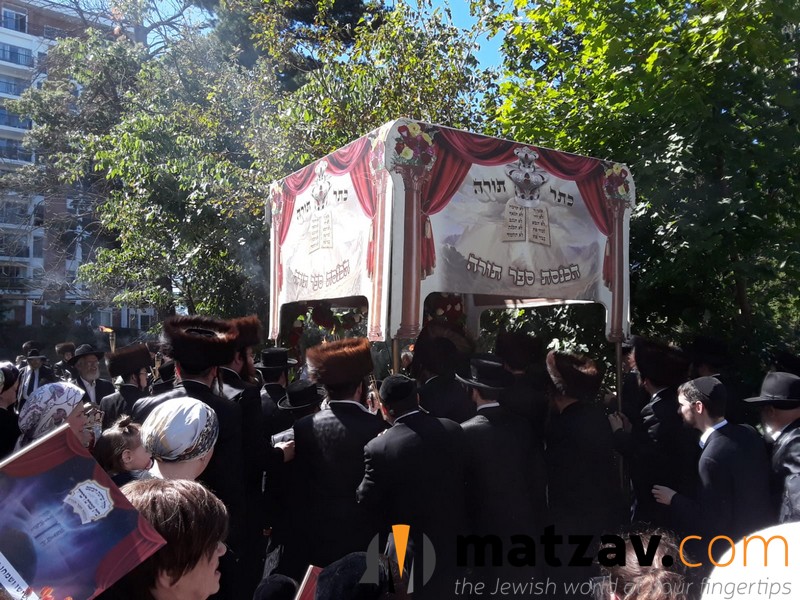 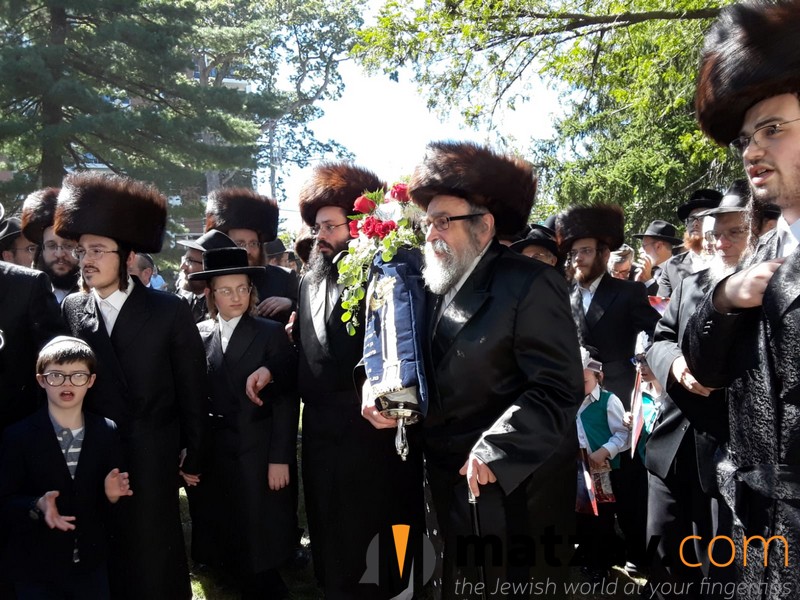 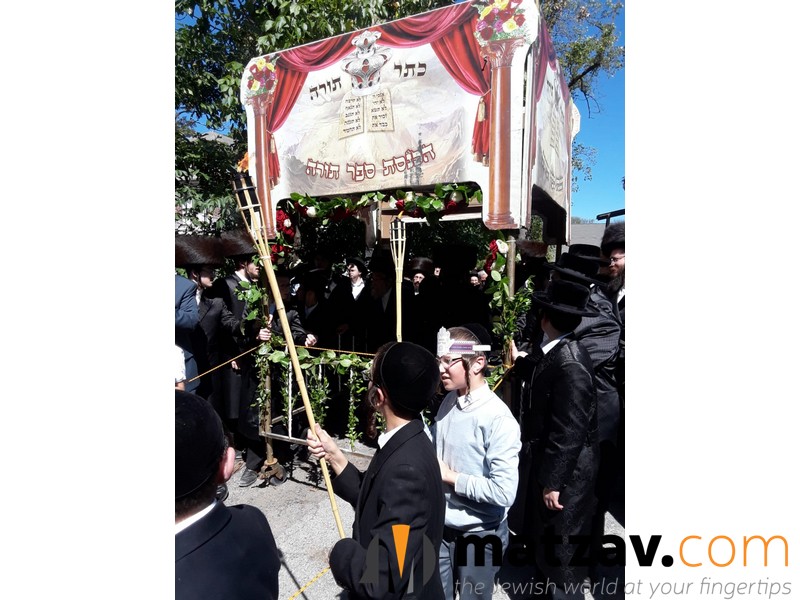 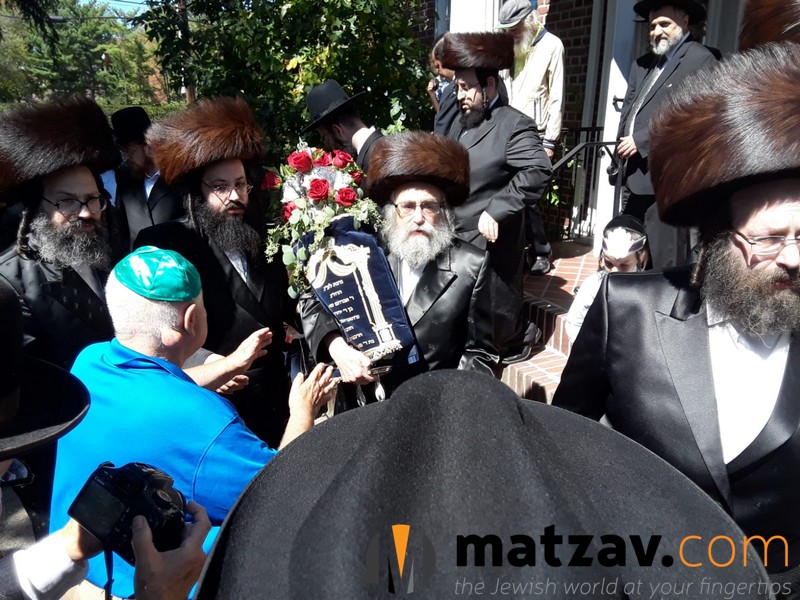 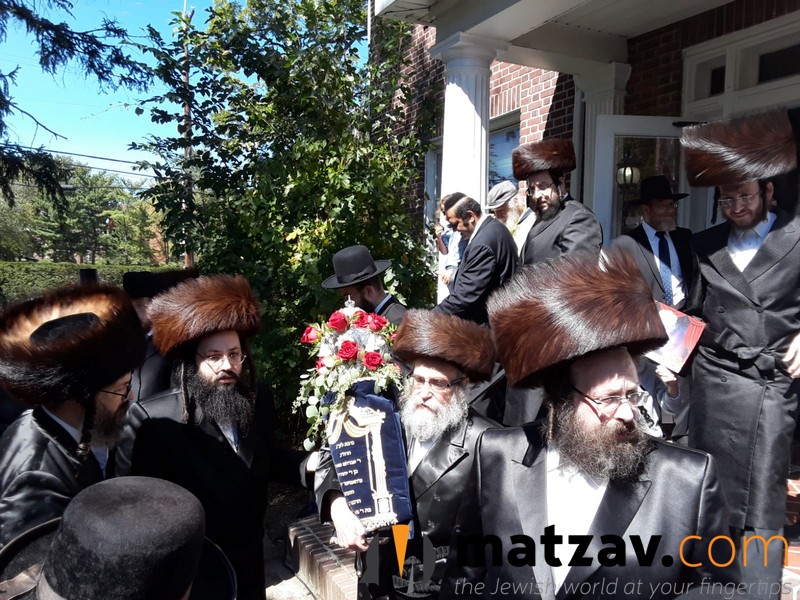 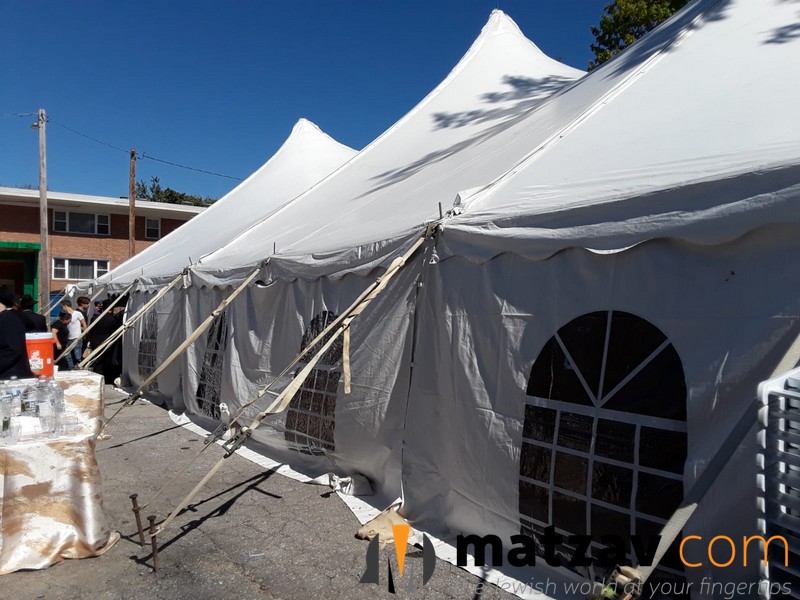 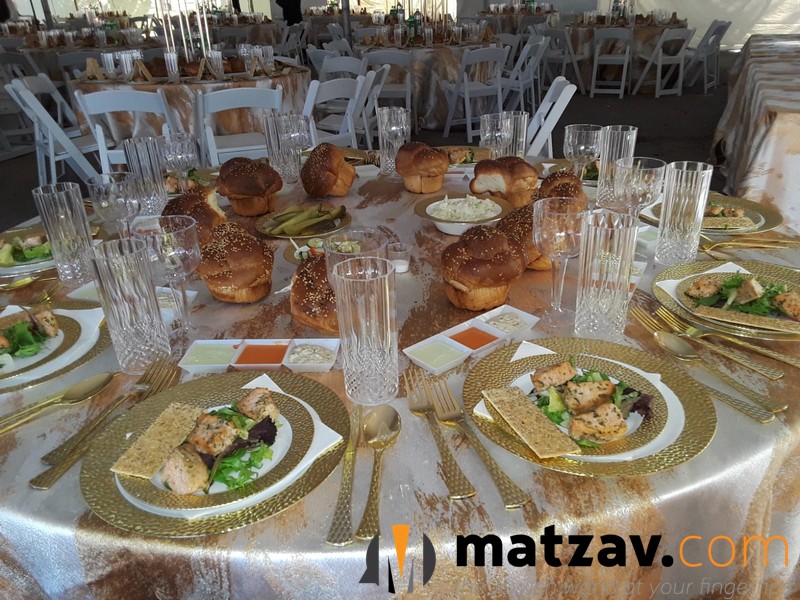 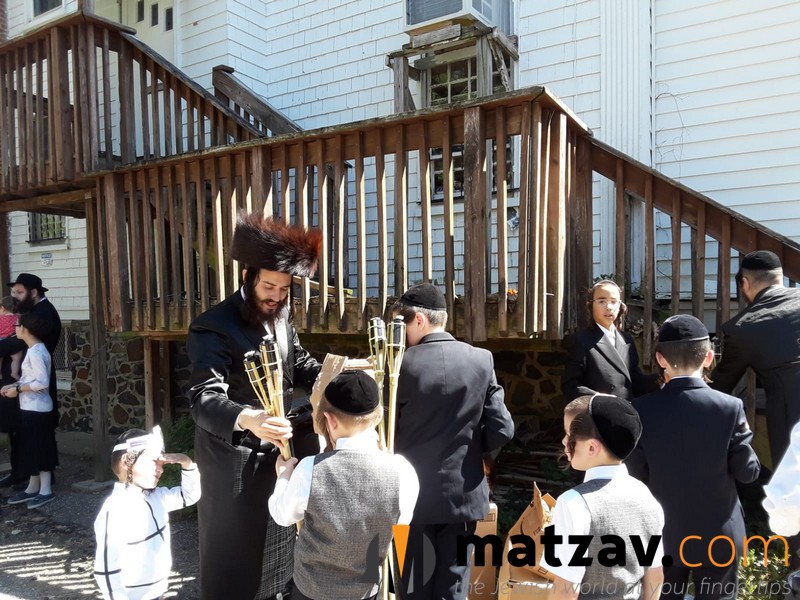 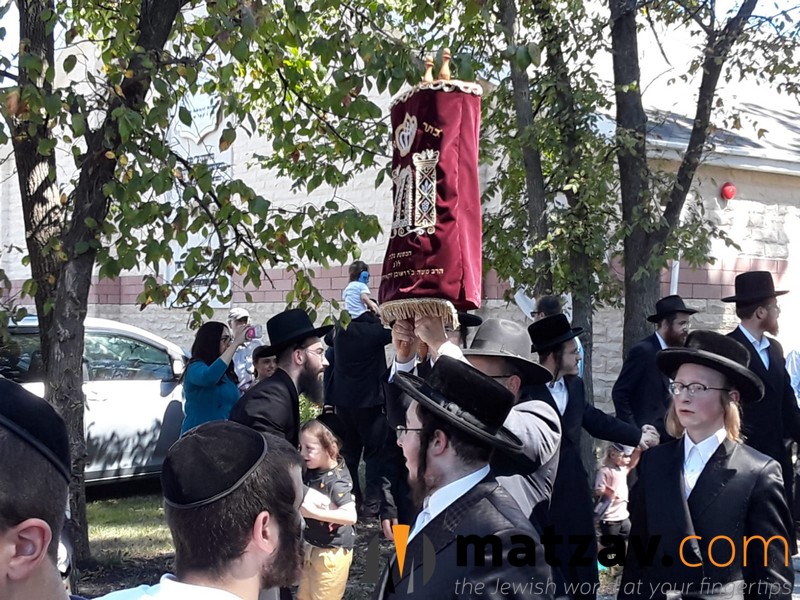 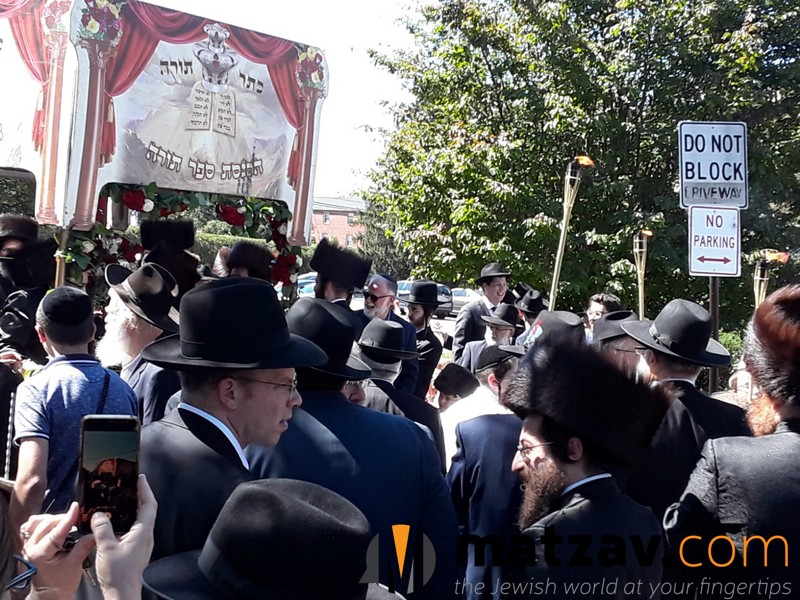 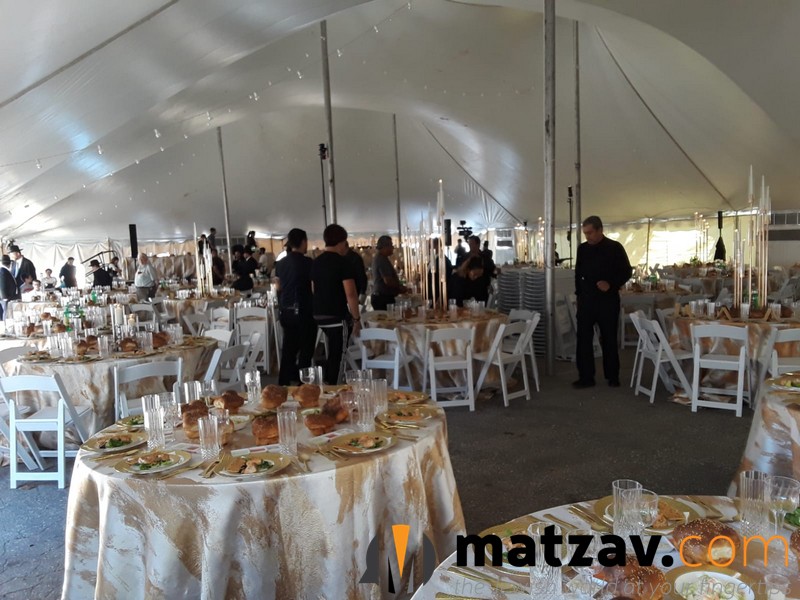 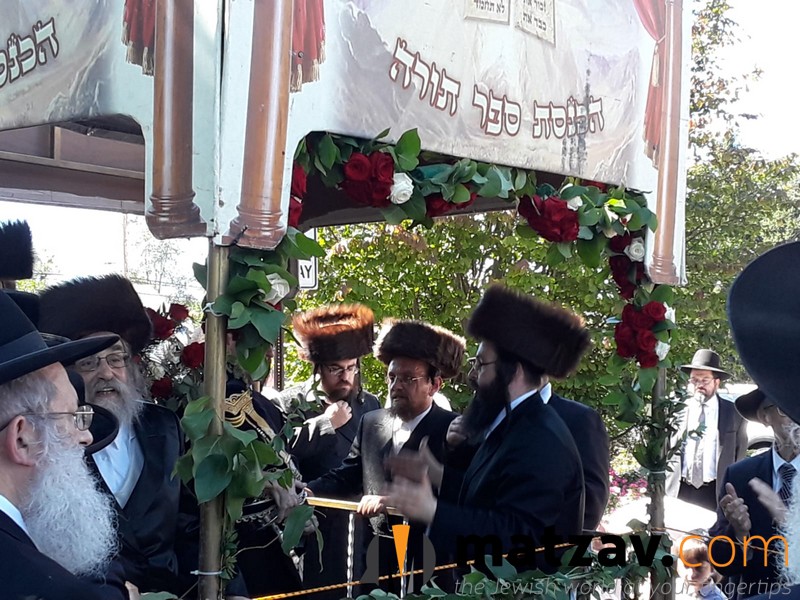 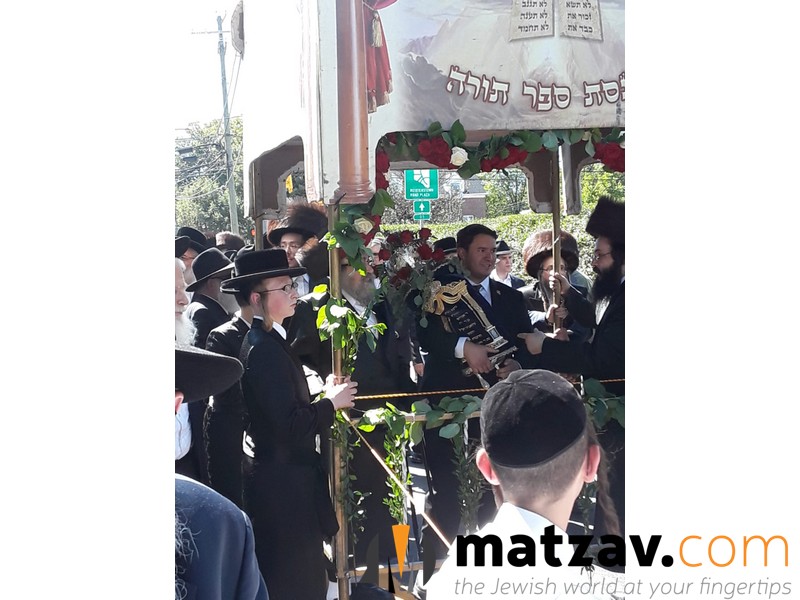 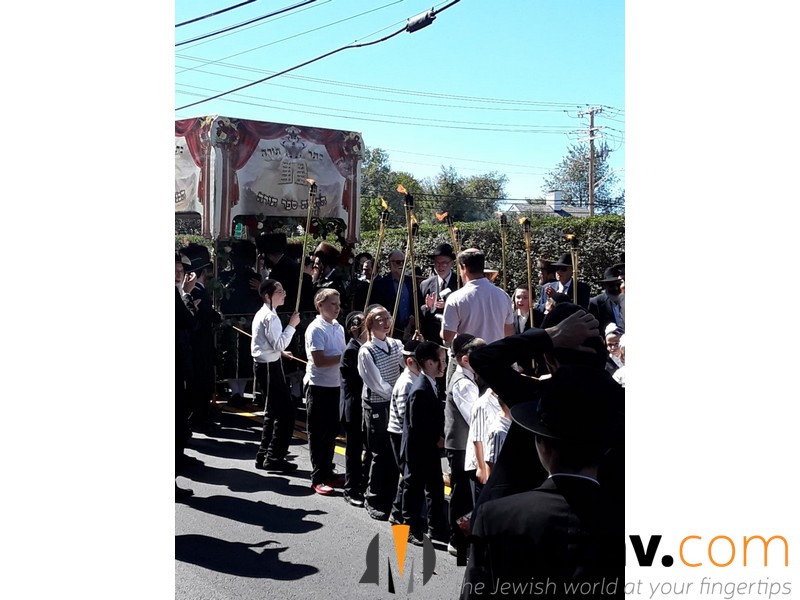 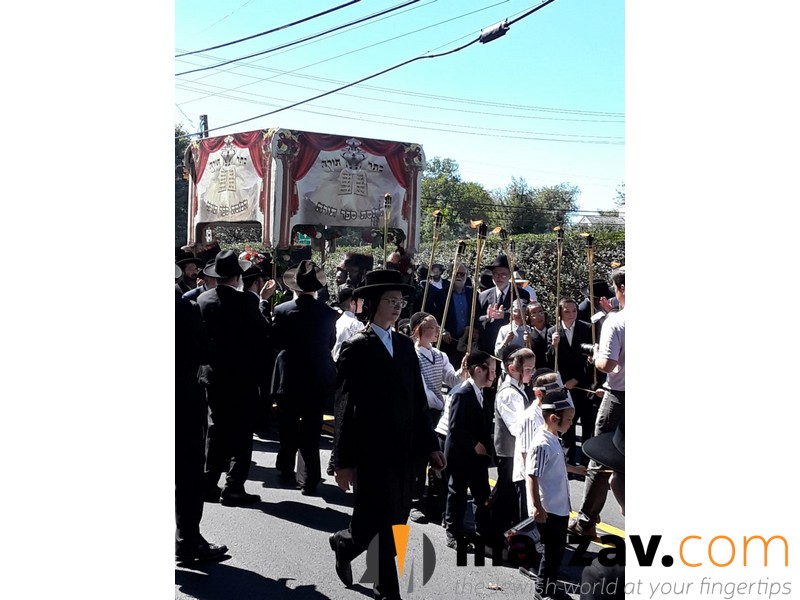 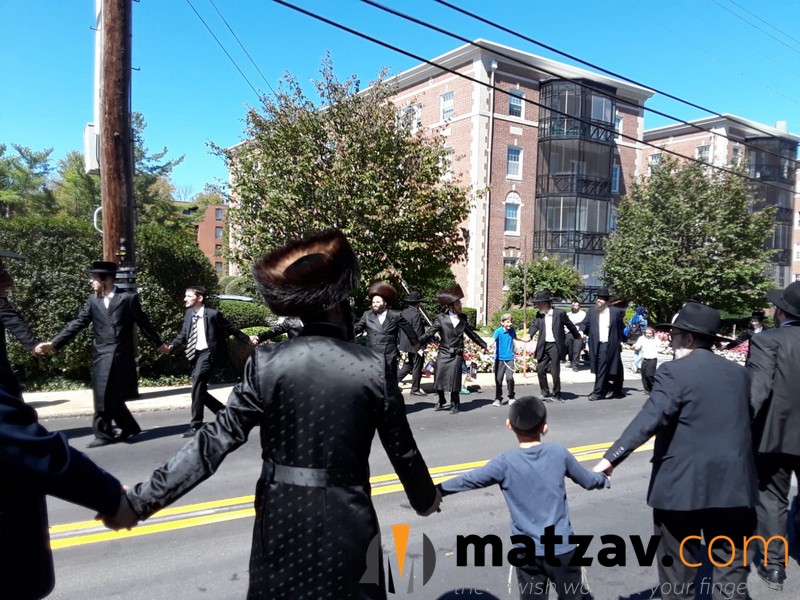 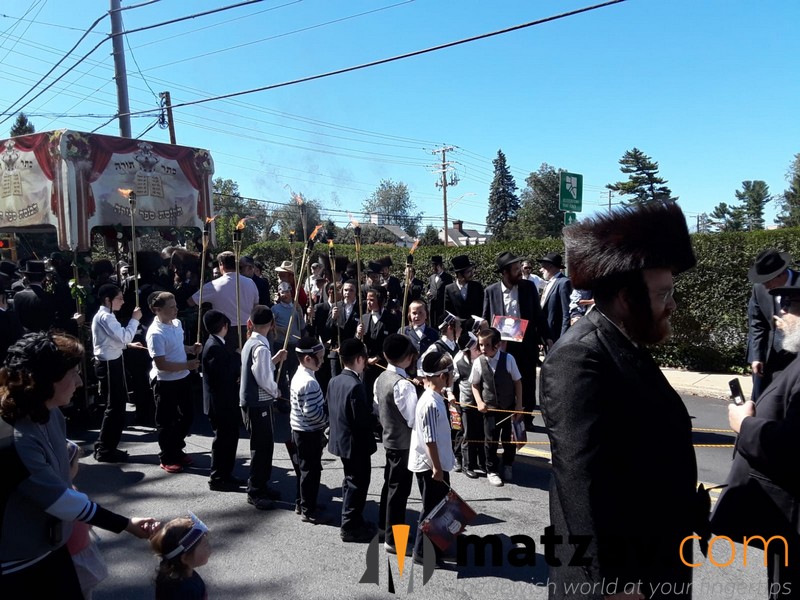 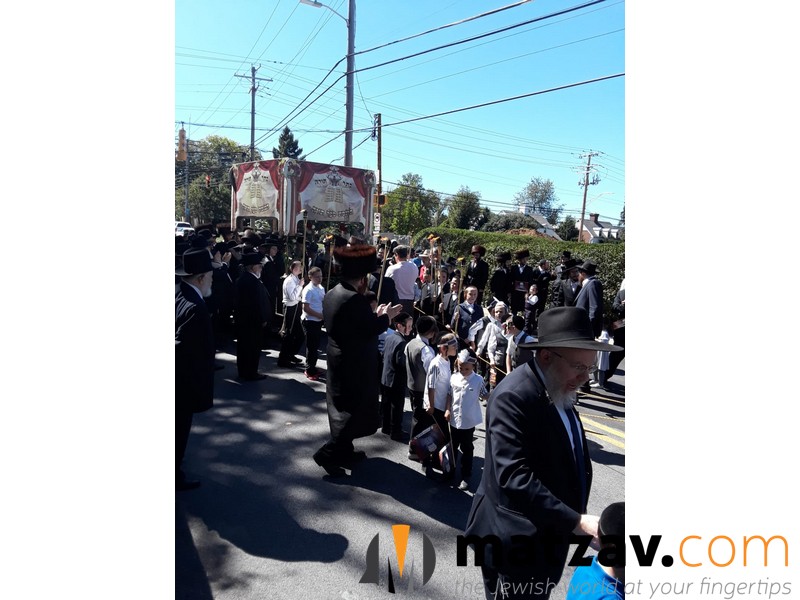 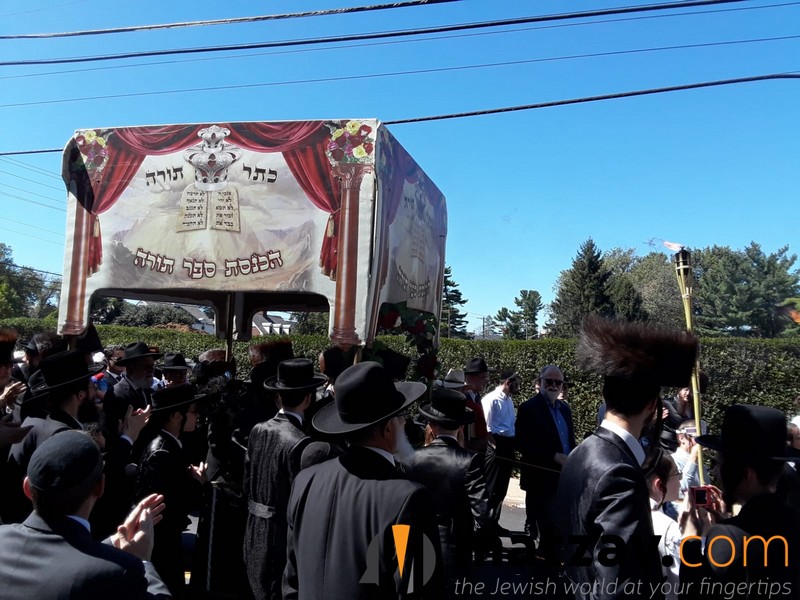 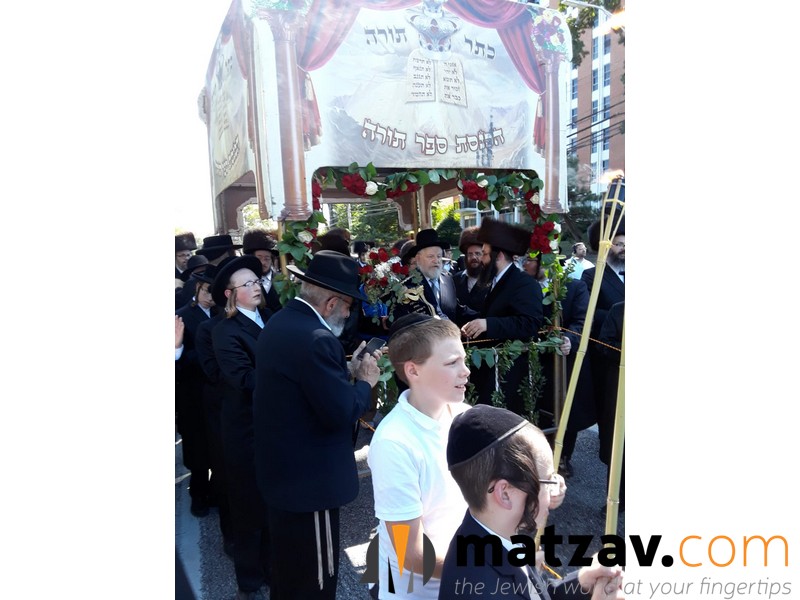 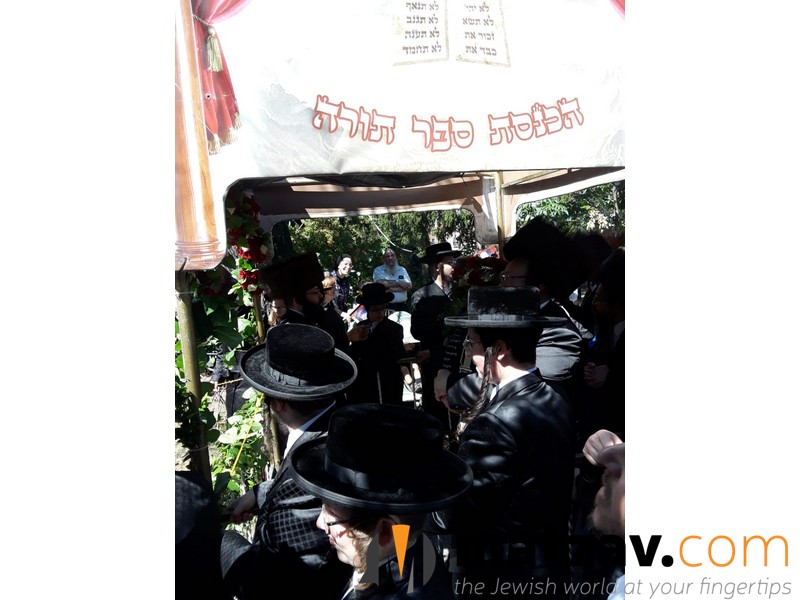 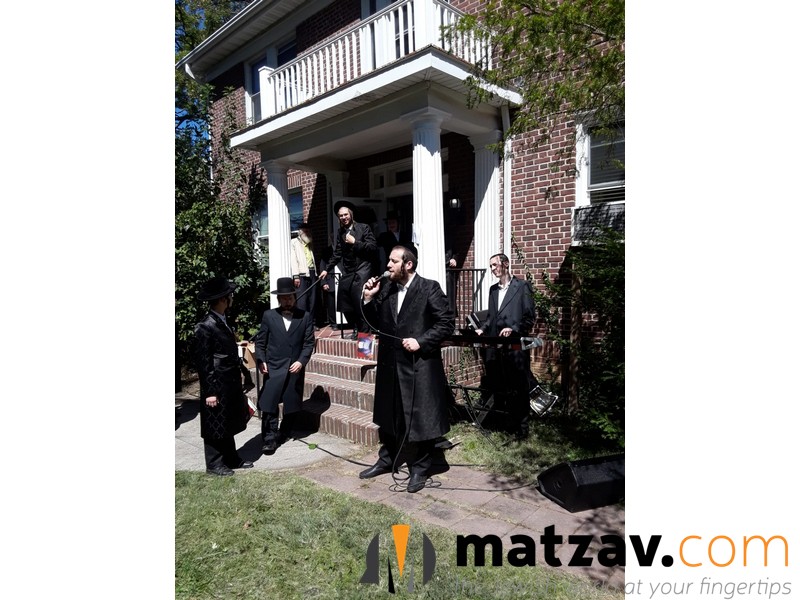 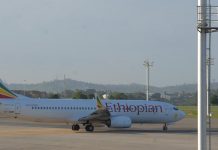