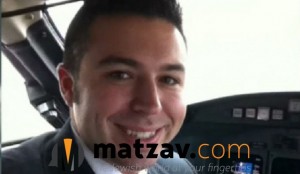 A pilot for an airline owned by Delta Air Lines made an unusual move when he decided to turn his plane around to pick up a family on the way to a family member’s funeral.

The family says it would not have made it to the funeral in Tennessee had Cohen not turned the plane around.

The family was late for the Tennessee-bound flight out of Minneapolis after a 90-minute delay in their flight to Minneapolis from Phoenix. They were on the way to the funeral of Jay W. Short, a 56-year-old husband and father of three who died on Dec. 16 after losing a battle to lung cancer about five months after being diagnosed, ABCNews reports.

Airline staff said they were too late and would not be able to get on the plane.
“This was our last chance to say goodbye to my dad and if we missed the flight we would [have] missed the funeral,” Nicole Short-Wibel, Jay Short’s daughter, told ABC News.

Rick Short told Arizona television station Fox 10 he was waving his hands and screaming through the glass trying to get the pilot’s attention as the plane prepared to take off. His sisters and mother were in tears, he said.

The pilot, who was rolling toward a runway to take off, made the decision to return to the gate after being told the people he saw in the window were trying to get to their father’s funeral.

While the pilot could have been in trouble, the airline has supported the decision.

“This Endeavor Air pilot’s decision to return to the gate in this special circumstance is a great reflection of the human touch we want all Delta customers to experience when flying with us,” A Delta spokesperson said in a statement.

Cohen old ABCNews, “This is something we’ll take with us, knowing we made a difference. Little moments like this to us are big to these customers and keep them coming back to Delta, but at the end of the day, it also keeps us going.”