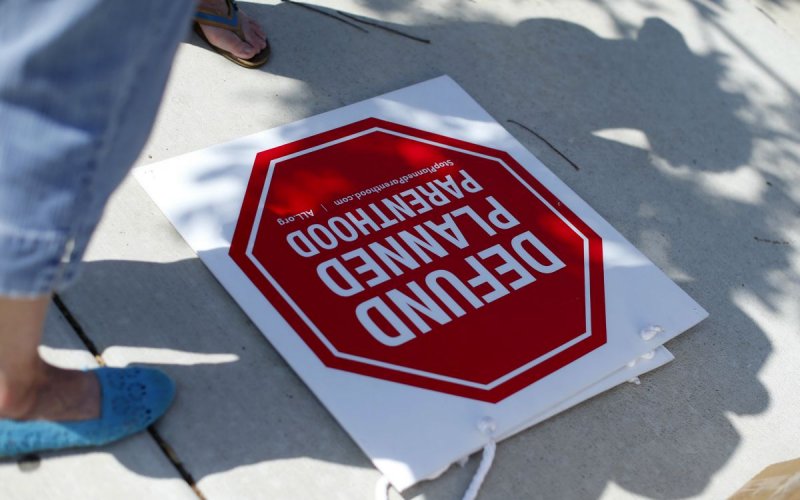 The women’s health provider stands to lose roughly 30 percent of its revenue under a provision in the GOP health-care bill to block it from getting Medicaid reimbursements for one year unless its hundreds of clinics stop offering abortions.

The defunding measure took a backseat to larger negotiations over the American Health Care Act, as House GOP leaders struggled to get enough members on board. And it’s far from final passage, likely to run up against opposition in the Senate.

But the passage of the AHCA in the House represents a big, initial victory for conservatives who have long sought to undercut the country’s largest abortion provider and who extracted a promise from President Trump during his campaign that he’d sign a bill defunding Planned Parenthood.

Republicans included the defunding language in the measure rewriting the Affordable Care Act so that it would be subject to special rules designed to pass it by a 50-vote majority in the Senate. They see that as the surest way to ensure they don’t need Democratic votes in the Senate for passage — Republicans hold a 52-to-48 vote margin in the Senate.

Planned Parenthood and other abortion providers are already banned from billing taxpayer-funded programs for the controversial procedure. But conservatives say no abortion provider should get Medicaid reimbursements even for health services like cancer screenings and birth control, arguing that the money is all fungible.

“[The health-care bill] will do what is right by stopping taxpayer funding for abortions and refocusing Medicaid on those who most need it,” said House Majority Leader Kevin McCarthy, R-Calif.

Planned Parenthood relies on federal reimbursements and grants for 43 percent of its budget, about $550 million a year, according to the group’s annual report. The GOP health-care bill doesn’t block the $60 million in Title X family planning funds Planned Parenthood get annually.

But losing out on half a billion dollars from the Medicaid program would be a heavy blow to the group, which operates about 700 clinics around the country. Planned Parenthood said Thursday in a release that Congress is unfairly singling it out. House Democrats also objected.

“This bill will gut Planned Parenthood in the first year, affecting women across the country,” said Rep. Charlie Crist, D-Fla.

If the Senate strips Planned Parenthood defunding out of the health-care bill, conservatives are likely to revolt. SBA List President Marjorie Dannenfelser called it “non-negotiable.”