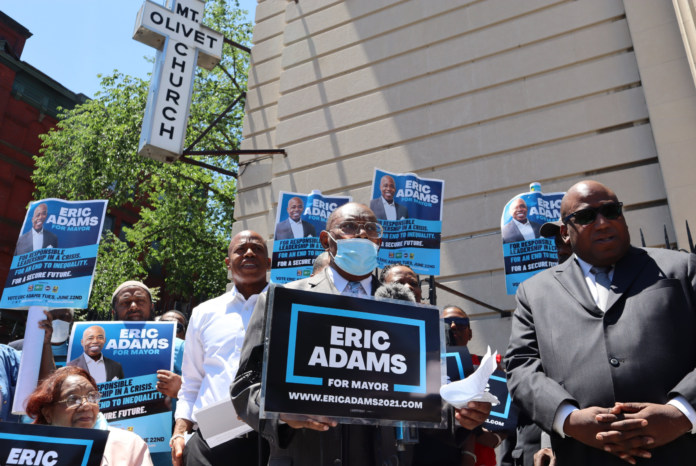 Just days out from the Democratic mayoral primary, Eric Adams still leads the field, according to a New York Post poll of 1,000 likely Democratic voters.

The survey, which was conducted in conjunction with pollster McLaughlin & Associates from June 10-15, found that 21.3 percent of respondents ranked the former NYPD captain and current Brooklyn borough president as their first choice.

Pollster John McLaughlin cautioned that while Adams may be in the driver’s seat, Wiley and Garcia loom large in his rearview mirror down the stretch to what could be a photo finish, particularly with more than a fifth of respondents still undecided.