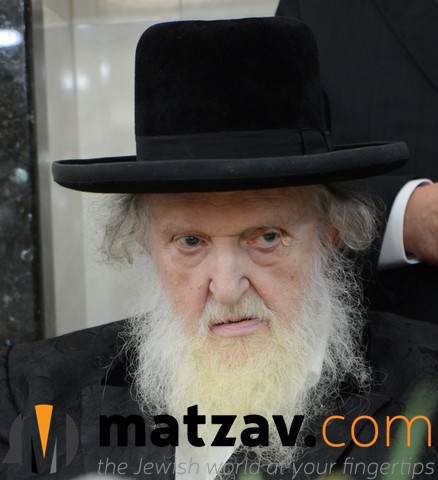 Rav Moshe Shternbuch, rosh av bais din of the Badatz of the Eidah Hachareidis of Yerushalayim, has released a powerful p’sak against those who submit to authorities names and identities of Torah institutions that allegedly are not complying with draconian Covid-19 lockdown regulations.

There has been a prevalence of individuals who have been providing secular officials, politicians and governmental agencies information about minyanim or yeshivos that have been open.

Rav Shternbuch, in his weekly shiur, stated that these “mosrim,” those who inform on fellow Jews to governmental authorities, may not be counted toward a minyan.

It is known that the prohibition of mesirah is one of the most severe sins, and in Shulchan Aruch it is stated that a moser has no portion in the World to Come, must be excommunicated, and should not be counted in a minyan.

“Some have assumed that it is permissible to violate this halacha, a grave sin, handing over to the authorities those who allegedly violated government regulations regarding corona, submitting names of yeshivos, shuls or baalei simcha who do not comply. There is no heter to do this, and their claim that this is ‘pikuach nefesh’ is unfounded. This does not fall into the category of pikuach nefesh to allow such a thing to be done.”

Rav Shternbuch went on to say that years ago, especially in the early part of the last century, when shemiras Shabbos was difficult and Jews were fired for not working on Saturday, many claimed that it is permissible to work on Shabbos for livelihood purposes, since it is pikuach nefesh, as people will die of hunger, but we, of course, know that this is not permissible at all based on the claim of pikuach nefesh.

“There is generally no heter to inform the authorities on fellow Jews, except in certain absolutely exceptional cases where there is danger to many and the danger must be stopped in order to save many people, and even in these instances, one is not allowed to be moser except after a warning, and only after consulting a leading posek in each every individual case and discussing every specific detail of that case and then receiving a heter.”

Rav Shternbuch stressed that, of course, everyone should be careful not to cause harm to others, and that one who has signs of illness must be careful and stay away from others, but as far as providing information to the authorities, it is halachically forbidden and those who do say may not be counted in a minyan.