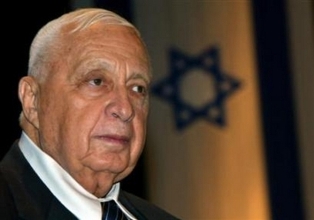 Any U.S. guarantee to the Palestinians that the upcoming negotiations with Israel will be based on the pre-1967 lines would be a violation of written U.S. commitments given to then-prime minister Ariel Sharon, former Foreign Ministry legal adviser Alan Baker wrote in a letter on behalf of the Legal Forum for Israel sent this week to Secretary of State John Kerry. Baker participated in the negotiation and drafting of agreements and peace treaties with Egypt, Jordan, Lebanon and the Palestinians, including the Oslo Accords.

President George W. Bush’s letter to Sharon on April 4, 2004, which was given as a political quid pro quo in return for Israel’s withdrawal from Gaza, states: “As part of a final peace settlement, Israel must have secure and recognized borders, which should emerge from negotiations between the parties in accordance with UNSC Resolutions 242 and 338. In light of new realities on the ground, including already existing major Israeli population centers, it is unrealistic to expect that the outcome of the final status negotiations will be a full and complete return to the armistice lines of 1949.” These commitments were later affirmed by votes in the U.S. Congress.