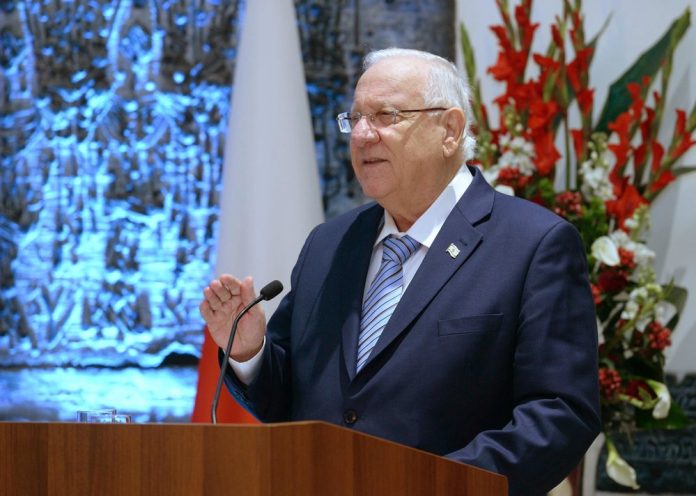 >>Follow Matzav On Whatsapp!<<
Israeli President Reuven Rivlin on Tuesday called on the world’s nations to recognize Yerushalayim as Israel’s capital and move their embassies to the city,- Raphael Ahren reports for TOI.
Rivlin told foreign ambassadors at an Independence Day reception at his official residence, “It is time to put an end to the absurd. It is time to recognize Jerusalem as the official capital of the State of Israel….It is time to move all the official embassies here.”
“Jerusalem has always been the center of the Jewish world – the place we have prayed toward for thousands of years. There was never any doubt that Jerusalem would be the capital of Israel. And 50 years ago, we returned to the Old City of Jerusalem. We united the whole city under Israeli sovereignty.”
{Matzav.com Israel News}