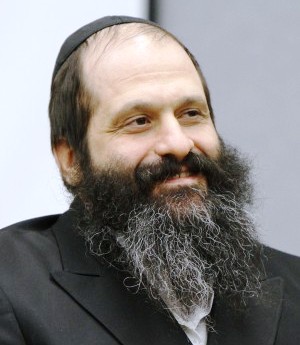 The following article by Charles B. Renfrew and James H. Reynolds first appeared at the Des Moines Register:

The American legal system is often held to be among the best in the world, but it is not when someone is the victim of conduct that is neither just nor legal. A case in point is Sholom Rubashkin, the former vice president of Agriprocessors, America’s largest kosher meat-packing plant, based in Postville.

There is new evidence of egregious prosecutorial misconduct that led to Rubashkin’s 27-year prison sentence for financial fraud, as documented in a recent merits brief filed by his lawyers in March. An unprecedented letter, recently sent to Kevin Techau, U.S. attorney for the Northern District of Iowa, signed by 107 former high level Department of Justice officials, FBI directors, federal judges and prestigious law professors attests to the extraordinary prosecutorial misconduct which exacted the most possible punitive sentence for Rubashkin. Several former attorneys general, including John Ashcroft and even Michael Mukasey, who was the attorney general at the time the case was actually being prosecuted, are among the signatories of the letter. A first-time offender, Rubashkin received an extreme sentence that is virtually unprecedented in the annals of non-violent offenses, far surpassing those of many rapists and murderers.

The explanation as to “why” the pursuit of Sholom Rubashkin was so overzealous that it bordered on a veritable witch hunt still remains elusive, but the clarification as to “how” is now punctiliously laid out in both the merits brief and the letter to Mr. Techau: There was false testimony and willful manipulation, and that makes this a shocking case of prosecutorial misconduct.

From the outset, prosecutors determined that Rubashkin’s sentence (in terms of years) would correspond with the amount of money owed to First Bank of St. Louis, from which Agriprocessors had originally secured a $35 million dollar loan (which it was paying back in an ongoing and timely manner). After an unprecedented government immigration raid brought the company to its knees, arresting 389 of its employees and sealing both its doors and ultimate fate, Agriprocessors filed for bankruptcy. Agriprocessors’ sole owner, Aaron Rubashkin (father of Sholom) was never deemed culpable of any crime nor slapped with a single federal count. Yet, despite his complete lack of complicity, Aaron Rubashkin was effectively barred by Sholom’s prosecutors from stepping in and taking over the company (or, for that matter, having any role at the company), so the possibility of Agriprocessors resurrecting itself and making good on its loan to First Bank was doomed.

When a slew of bidders came forward offering to buy the company (one individual wanted to purchase it for $40 million which would have effectively repaid the bank loan in its entirety), prosecutors deliberately thwarted the prospects by constructing a “No Rubashkin” rule, which was completely illegal but highly effective in quashing Sholom Rubashkin’s chances for a fair sentence. Potential buyers were told by Sholom’s prosecutors in no uncertain terms that Aaron Rubashkin — who was key to running the complex business and whose trustworthiness in the kosher meat market was crucial to the company’s success — would not be allowed to help administer or even advise them in the smallest of matters, effectively scaring them off from making the purchase. Prosecutors kept turning away interested parties, manipulating the bids so that the lowest one — for $8.5 million — was the only one that was accepted, leaving an outstanding debt of $27 million, thus resulting in Rubashkin’s cruel and unjust concomitant sentence of 27 years.

The prosecutors’ priority was clear albeit bizarre: They were more interested in making sure that Aaron Rubashkin, who was never charged with a crime, be punished by taking away his business that he had spent decades building, than they were in restoring the forfeited money to the bank lender, the primary victim in the case. The prosecutors did so in the face of pleas from both the victim bank and the independent court-appointed bankruptcy trustee that the prosecutors’ interference in the bankruptcy sale process would scare off potential buyers making it impossible for the company to be sold for a fair value. These pleas fell on deaf ears and the resulting low-ball sale sealed Sholom’s fate.

What’s more, at the sentencing, these same prosecutors brazenly put on false testimony that there wasn’t a “No Rubashkin” rule, thereby misleading the judge into finding that Sholom was responsible for the bank’s $27 million loss. That loss served as the foundation for his 27-year sentence.

Rubashkin, who has already served nearly seven of those years, would be 71 when released. He is the father of 10, including an autistic child with whom he was very close and who remains severely devastated by his father’s absence, as is of course his entire family. The human toll of the prosecutors’ vicious agenda against Rubashkin has been apocalyptic. An entire family is being destroyed by a draconian sentence that was meted out based on the underpinnings of fraud and deceit.

With potential buyers being thwarted and intimidated at every turn, and a false witness being brought into the court to flagrantly lie and counter bidders’ testimony, the legal wrongdoing evident in the Rubashkin case constitutes an extraordinary miscarriage of justice. These facts are sufficient to warrant speedy action. As former Department of Justice officials, we call on Mr. Techau and his office to take any and all action to immediately release Sholom Rubashkin. 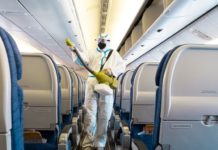 Leave a Reply to A Very Proud Canadian Cancel reply