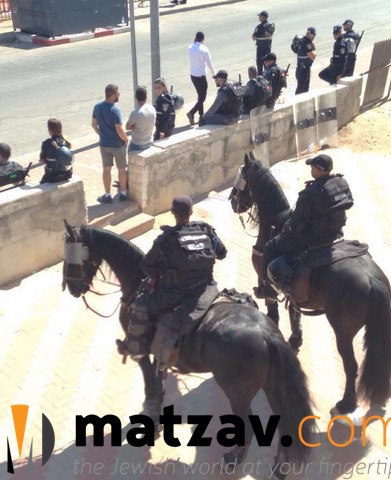 On Shabbos afternoon, police forces were summoned to Shimon Hatzadik Street in Yerushalayim, where a demonstration against was taking place againt the chillul Shabbos in the city.

According to the police, a riot broke out, including violence against the police. Five protesters were arrested on suspicion of disturbing the peace and attacking police officers.