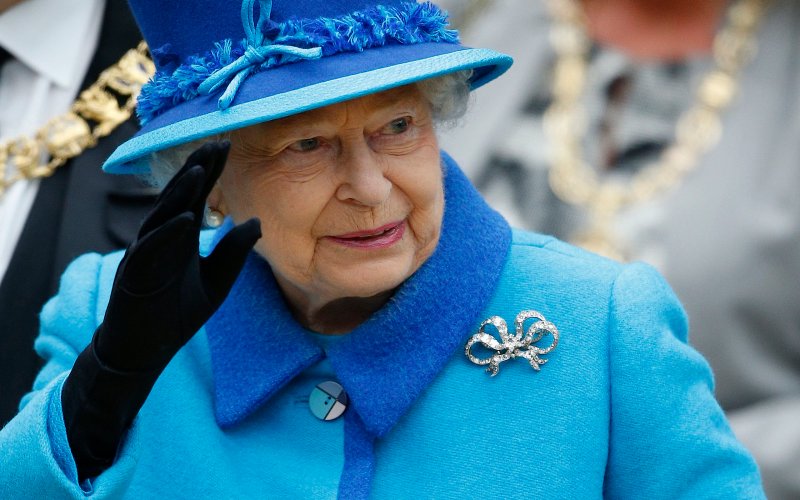 The queen on Saturday led tributes to individual acts of bravery on London Bridge, which included a Polish immigrant helping subdue the British-born terrorist with a five-foot narwhal tusk grabbed from a wall.

As more details emerged about Friday’s deadly knifings – carried out, police said, by Usman Khan, 28, previously convicted and jailed for a terrorism plot – new profiles in courage appeared in the British press. They were bolstered by amateur video clips, witness statements and paeans by the London mayor and the prime minister.

The intervention of several members of the public appears to have stopped the attack from being far worse, witnesses said, as Khan was seen running onto London Bridge with a large knife in his hands.

He then was confronted with at least three men. One jabbed with the decorative narwhal tusk. Another let loose a spray from a fire extinguisher. A third used his fists and feet.

The attacker was later shot and killed by police.

Queen Elizabeth II, in a statement, praised their bravery. “I express my enduring thanks to the police and emergency services, as well as the brave individuals who put their own lives at risk to selflessly help and protect others,” she said.

The mayor of London, Sadiq Khan, no relation to the dead attacker, said he was in “awe of the people who ran toward danger to keep us all safe.”

Asked about reports that one of the defenders was a restaurant worker from Poland – whose full identity has not been made public – the major confirmed he was a Londoner of Polish origin.

“One of the great things about London is its diversity, so I’m not surprised at all. When I say ‘the best of us,’ I include EU citizens as well,” the mayor said.

Many social media posts also pointed out that campaigners for Brexit used stereotypes such as the “Polish plumber” and other tropes about workers coming to Britain from across the European Union.

British Transport police said Saturday that another man widely seen in social media videos carrying away a large bloody knife seized from the assailant is a plainclothes policeman, who helped detain the suspect and prevent further injuries. The police asked that the news and social media obscure his image and do not name him.

It all began on Friday, just before 2 p.m. A knife-wielding assailant, identified overnight by police as Usman Khan, entered the historic Fishmongers’ Hall beside the London Bridge.

Police said Khan was attending the London event hosted by “Learning Together” – a Cambridge University-backed program that works to reeducate and socialize prisoners – when he launched the attack.

In dramatic footage shared widely online, three individuals – one wielding a whale tusk, one with a fire extinguisher, and one seemingly armed with nothing but quick reflexes – brought the attacker to the ground.

The assailant was shot dead by police after he fatally stabbed a man and a woman. Three others were wounded.

London’s mayor pointed out on the BBC that they would have had no clue at the time that the “suicide vest” the suspect was wearing was fake.

“They had no idea whether this man had a bomb you could detonate by pressing a button, they had no idea how many other people were involved. What do they do? They run toward him,” he said.

The man with the narwhal tusk was a chef from Poland identified in British media so far only by the name Luckasz, according to the Times of London, who spoke to his colleague. Poles on social media pointed out that his name was likely spelled Łukasz.

He reportedly took the tusk from a wall in Fishmongers’ Hall, the venue where the attacker, a convicted terrorist, was attending a conference on prisoner rehabilitation. The event was hosted by Cambridge University.

Narwhals are a type of whale sometimes called ‘unicorns of the sea’ for the distinctively long tusk.

The Polish man’s colleague told the Times of London paper: “Being stabbed didn’t stop him giving him a beating. Luckasz is a hero.” He was “cut in the hand but not in critical condition,” the colleague said, the newspaper reported.

Many on Twitter pointed out that the man was an EU citizen and praised immigrants. Others suggested the act could help unite the country.

One person wrote, “If a Polish chef attacking a terrorist with a whale horn can’t unite our country I don’t know what can.”

Meanwhile, the Guardian newspaper reported that another man who helped subdue the attacker was James Ford, 42, who was “jailed for life in 2004 for the murder of 21-year-old Amanda Champion, who had a mental age of 15.”

The Guardian reported that Ford was believed to be serving the final days of his sentence at an open prison in Kent, and was on London Bridge as the attack unfolded. It was unclear if Ford was attending the same conference as the attacker.

It was the not the first time that bystanders have fought back against terrorism.

In August – in a video shared to Twitter and viewed more than 4 million times – people used chairs and a milk crate to trap a man during a stabbing rampage in Sydney in August.