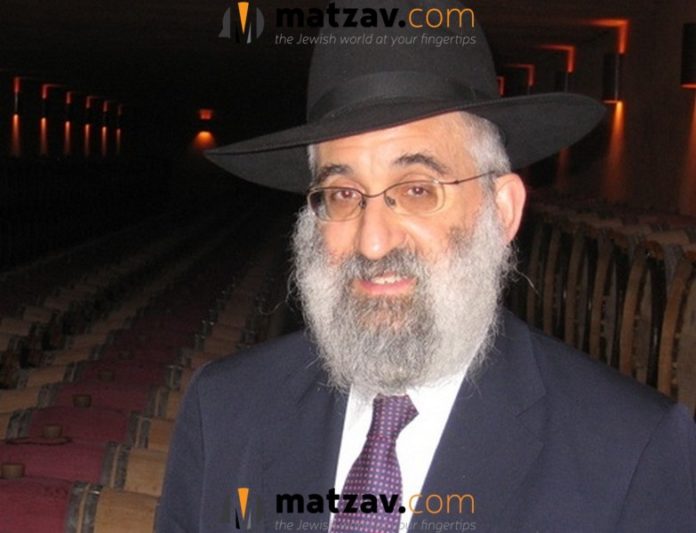 It is with great sadness that Matzav.com reports the passing of Rabbi Don Yoel Levy z”l. He was 72.

Rabbi Levy was born in 1947 to his parents, Rabbi Berel and Thelma Levy.

He learned in the Philadelphia Talmudical Yeshiva and later at the Yeshiva in Kfar Chabad, Israel. Rabbi Levy received Smicha from three leading gedolei Torah, among them Rav Moshe Feinstein.

In 1970, Rabbi Levy married Malka Deutsch of Yerushalayim. Determined to establish their life together on a strong spiritual footing, the young couple settled down in the Israeli community of Kiryat Malachi, where Rabbi Levy pursued his Jewish studies over a 7 year period.

In 1977, his father, Rabbi Berel Levy, asked Rabbi Don Yoel Levy to return to the United States to assist in the running of the OK Kosher Certification. Some 10 years earlier, Rabbi Berel Levy had purchased the OK, at the time a minor kosher certifying agency, from Abraham Goldstein. In a little over a decade, Rabbi Berel had succeeded in building the OK into a formidable force and leader on the kosher scene.

In 1987, upon the untimely passing of Rabbi Berel Levy, Rabbi Don Yoel Levy assumed leadership of the OK Kosher Certification.

As the head of the world’s most prestigious kosher agency, the OK Kosher Certification, Rabbi Levy was a renowned personality in the Kosher industry.

He was known for his vast scholarship and unshakeable principles, which drove his passion to expand and enhance the industry of Kosher certification to the highest standards. Under his leadership, the OK Kosher Certification has emerged as a trailblazer for the entire industry, establishing the standard for kosher in the United States, Europe and the Orient. Under his guidance the agency has led the development in a new era of global economic growth, advances in technology, and soaring demand for kosher food worldwide.

He was also a renowned baal tzedaka, supporting many Jewish causes around the world.

He was predeceased by his daughter Rivka in December of 2018. His mother, Mrs. Thelma Levy, passed away several weeks ago.