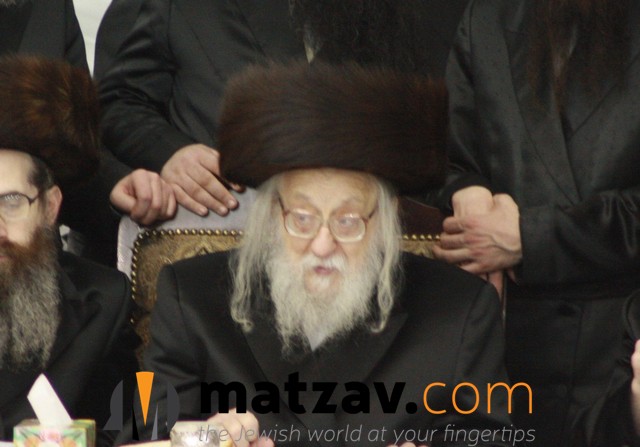 The Rachmastrivka Rebbe, who was hospitalized earlier this week, has been taken off of a respirator to which he was connected to assist in his breathing. Boruch Hashem, he is now breathing on his own and showing improvement, though he remains under the continued close observation of physicians in the Intensive Care Unit of Mount Sinai Medical Center in New York City.

The rebbe, a renowned tzaddik and mashpiah, leads his bais medrash and kehillah in Boro Park, Brooklyn.

The rebbe was first hospitalized on the third day of Chol Hamoed due last week to a bout of pneumonia. He returned home the next day, shortly before the onset of the second days of Yom Tov. The rebbe suffered a setback on Sunday and was hospitalized once again.

All are asked to continue davening for Rav Chai Yitzchok ben Esther Rivka.