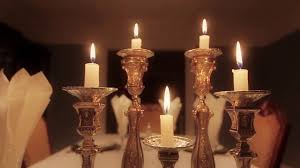 The Yarden River Rafting company in Israel has decided to stop operating on Shabbos and yom tov. The three brothers who own the company, Uri, Eran and Yaniv Gigi, announced on Facebook that they had concluded “twenty years of productivity and success with the firm decision to stop operating the site on Shabbos and yom tov.” The decision included their rafting operation, other attractions at the site and a restaurant.

“The Shabbos and yom tov business is very intense,” Eran Gigi said. “Every Shabbos and yom tov the site is packed with people. But despite everything, we decided to close on Shabbos. This is certainly not a simple decision but we are determined to keep it. We are confident that with Hashem’s help, following the decision, the chareidi public will come in masses to enjoy themselves and thanks to the increase in the middle of the week, our turnover will not decline. But even taking this into account, Shabbos is above everything.”