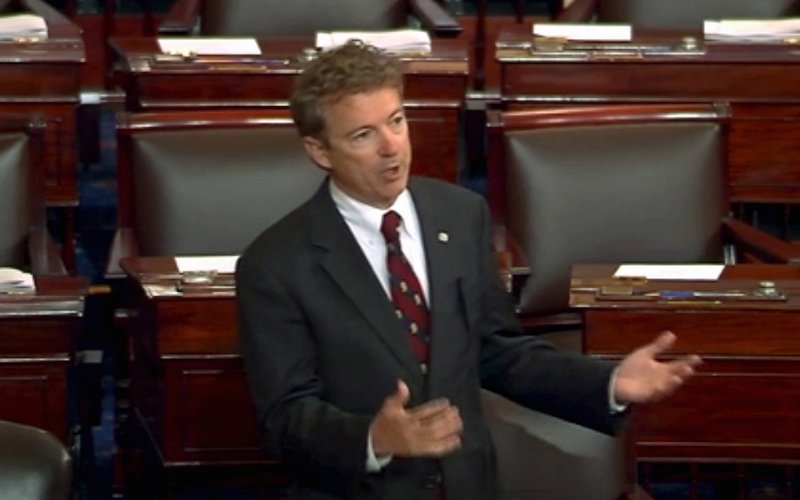 GOP Sen. Rand Paul said on Wednesday that he delivered a letter from President Trump to Russian President Vladimir Putin as part of his weeklong trip to Moscow.

“The letter emphasized the importance of further engagement in various areas including countering terrorism, enhancing legislative dialogue and resuming cultural exchanges,” Paul said in a statement.

Paul has emerged as one of Trump’s most vocal allies on Russia, even as the president’s warmer rhetoric, including trying to cast doubt on Moscow’s 2016 election interference, has sparked bipartisan backlash on Capitol Hill.
Read more at The Hill.