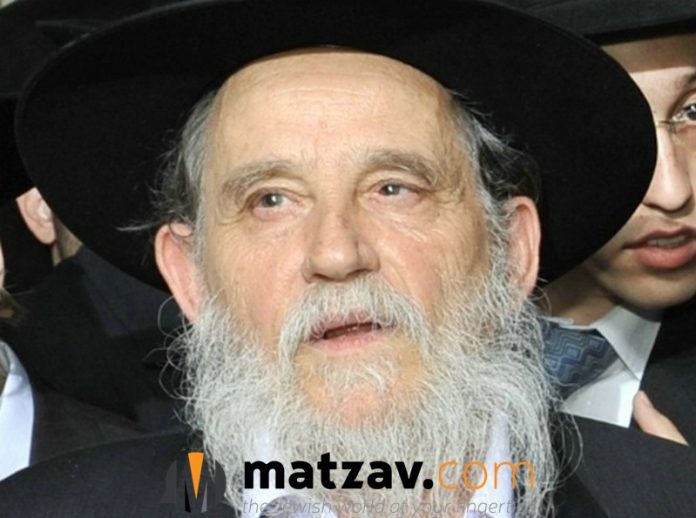 It is with great sadness that Matzav.com reports the passing of Rav Dovid Tzvi Katzberg zt”l. He as 79.

Rav Katzberg collapsed at his home in Bnei Brak and was taken to Mayanei Heyshuah Hospital, where he was treated by ultimately passed away.

Two years ago, Rav Katzberg suffered a stroke from which he never recovered. Last week, after the wedding of his granddaughter, he was taken to hospital due to a severe case of pneumonia.

Rav Katzberg was a son of Reb Yaakov and Tziporah Katzberg. In his youth, he studied at the Ponovezh Yeshiva in Bnei Brak, where he was close to the rosh yeshiva and particularly the mashgiach, Rav Chatzkel Levenstein. He became a talmid muvhak of the rosh yeshiva, Rav Elazar Menachem Man Shach zt”l.

After his marriage, he continued his learning at Ponovezh. After several years, he was called on by Rav Shach to help found the yeshiva in Ofakim and, later, to help establish the kehillah in Yeruchum.

Throughout the years, he was close to Rav Shach, serving as a faithful talmid and emissary for countless missions.

During the founding of the Hebrew Yated Ne’eman newspaper, Rav Shach appointed Rav Katzberg to serve as a member of newspaper hierarchy, actively participating in all meetings. He was also asked by Rav Shach to help establish the Shearis Yisroel kashrus supervision organization.

After the passing of Rav Shach, Rav Katzberg continued his involvement in tzorchei tzibbur, consulting with Rav Yosef Shalom Elyashiv.

Rav Katzberg was involved in numerous chassodim, including helping couples struggling with infertility.

The levaya was held Wednesday night at Yeshivas Ponovezh in Bnei Brak.