Rav Moshe Shternbuch was asked (Teshuvos Vehanhagos 1:368) if it is permitted for someone to break his parents’ television set. He begins by saying that watching TV is a terrible thing and is “avizreihu d’arayos.” One is certainly required to do everything in their power to stop people from watching TV. With regard to actually damaging it, he says there is a machlokes between the Ketzos Hachoshen and Nesivos Hamishpat (CM 3) whether the halacha that you may stop someone from doing an issur by force applies to each individual or only to bais din. He

paskens that this only applies to bais din. Furthermore, even if individuals have this power, they cannot take away someone else’s money without a p’sak from bais din. Additionally, behavior like this may cause his parents to distance themselves from Torah.

We do find that Rochel Imeinu took action by stealing Lavan’s terafim. However, points out Rav Shternbuch, Yaakov Avinu apparently did not approve of such behavior and therefore was bold enough to declare that whoever stole it will die, which indeed happened to Rochel in the end.

We also find in Maseches Brachos (20a) that an Amora ripped off a red garment from a person in the street because it was not tzniusdik. Although the Gemara praises him, he himself seems to say at the end that he should not have been so hasty.

Rav Shternbuch concludes that no action should be taken without consulting a rov, since more damage than good may come out of it. It is best to explain to them the destructive effect of a TV and try to persuade them with kind words. 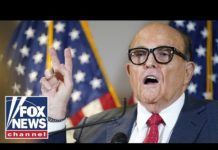