ונהי בעינינו כחגבים יג:לג         In the Midbar, miraculous divine guidance was a constant. If someone would do an aveirah, the punishment would be immediate. All the more so when someone would do a mitzvah. The bracha that it would bring about was immediate, and as correlatingly clear as could possibly be. Once Klal Yisrael entered Eretz Yisrael, though, we do not find that this form of divine guidance continued. Rather, things took on a more natural form, wherein the consequences of good or evil were not nearly as immediately apparent. And that is what the Meraglim were afraid of. “And we were like grasshoppers in our own eyes.” What this means is that they felt insignificant. They did not feel that they were on a high enough level to meet the challenge of living within a more natural system. They feared that, in the absence of immediately apparent consequences for one’s actions, the danger of falling into a pattern of repeating sins was too great.

The root of the Meraglim debacle, then, was the lack of recognizing the true greatness and significance of their stature.

And this failing continues to lie at the root of many problems that we continue to face today. Take individual nisyonos (tests) for example. Isn’t it true that most people do not view the nisyonos that they face in the same way that they view the nisyonos of Avraham avinu? The nisyonos of Avraham avinu, we think, now those were truly of seminal import! Those were nisyonos whose significance is simply beyond measure! But our nisyonos, we think, why they aren’t much more than an insignificant footnote, lost in the endless reams of Jewish history. Because we feel this dismissive attitude towards our individual nisyonos, we may fall short of putting forth as much effort as we really could towards rising to the occasion. If a person would view his nisyonos in their true light, that they are of inestimable import and significance, he would fight like a warrior to overcome them!

The same thing applies to mitzvos. Chazal tell us that there are mitzvos that people “step on with their heels”. They aren’t taken so seriously, if at all. If we would recognize, though, the true significance of every single mitzvah that we do, our avodas Hashem could look quite different. The well-known story about the Gra’s wife highlights this point very well (Ed. – There is a story about how the Gra’s wife and another woman used to jointly collect and distribute tzedakah. They once made an agreement that whoever would die first would come to the other in a dream to tell her what it looks like in the World of Truth. The Gra’s wife died first, and, a few days later, appeared in her friend’s dream. “I am not permitted to reveal to you,” she said, “what it is like here in the World of Truth. But one thing I can tell you. You remember how, one day, as we were making our rounds to collect tzedakah, I suggested that we go to the home of so-and-so who is a man of means. When I made that suggestion, I pointed with my finger in the direction of his home. Well, for just that little act of pointing my finger towards his house, the immense degree of reward that one receives is simply unfathomable!).

Finally, this concept is equally applicable to limud ha’Torah, and perhaps with particular relevance to those who dedicate their lives to limud ha’Torah. We have a tendency to get used to what we are doing, and can wind up assuming a kind of blasé attitude. It’s because, in our minds, we aren’t assigning to what we are doing by learning Torah its true significance. The fact is that it is limud ha’Torah that keeps the entire universe extant. It is not just a nice thing that we like to say; it is the actual reality. Recognizing your true significance empowers you to reach heretofore untold levels of achievement.

ראשית ערסתכם חלה תרימו תרומה    טו:כ         There is a machlokes Rishonimwhether the bracha on hafrashas challah is l’hafrish terumah or l’hafrish challah. Essentially, the machlokes stems from how to read this pasuk. One way to read the pasuk is that it is the loaf of dough that is called challah (and what one separates from it is called terumah). Accordingly, the bracha is l’hafrish terumah. The other way of understanding the pasuk is that it is that which you are separating that is called challah, so the bracha is l’hafrish challah. According to the Maharshal (quoted in the Taz, Yoreh Deiah 328:1), when making the bracha for hafrashas challah, one should say both versions in one combined form: l’hafrish terumah challah (but the Taz himself takes issue with that psak -ed.-).

(From the notes of Reb Daniel Fast)

Quotables       “When facing your daily struggles, say to yourself, ‘This is my Akeidas Yitzchak for today!’.”

Vignettes          “A few years ago, we did some renovations and extended our apartment.  When all the dust settled, we were the happy owners of a new porch. The interesting thing about this porch is that it has a staircase that leads directly down to a path below that is used by the public. Not long after we finished, I was having a conversation with Rav Twersky, and I happened to mention the renovation, and the particular setup of our new porch. Well, when he heard that, he exclaimed with such excitement and enthusiasm, “Now you have a place to light on Chanukah that is yotzei both Rashi and Tosafos!” The memory of this conversation sticks out so vividly in my mind. I was so struck by, and cannot forget, how Rav Twersky expressed such excitement for me, that I would be able to be fulfill a mitzvah in the most optimal way possible!” (Reb Eliezer Niehaus) 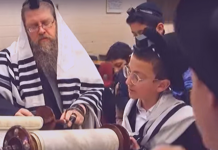 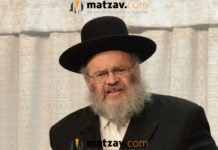 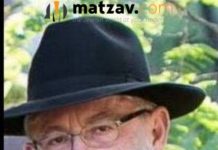