Rav Yechezkel Landau, the Rav of Prague, was known by the name of his sefer Noda B’Yehuda. During his time he was the source par excellence to whom people turned for practical advice, and even until today his name shines like a star in the firmament of Judaism.

The son of Rabbi Yehuda Levi, Rabbi Yechezkel Landau was born on Heshvan 18, 5474 (1713) in Opatow, Poland. Up to the age of 13, he studied Torah with Rabbi Yitzchak Halevi of Ludmir, as well as with the Rav of the city, Rabbi Moshe Yaakov of Krakow, who greatly liked this young boy with a sharp mind. Together they discussed difficult problems posed by the Gemara.

At the age of 14, he went to the town of Brody and there he studied with very devoted young men. At the age of 18, he married a girl by the name Liebe, the daughter of Rabbi Yaakovka of Dubno, and went to live with his father-in-law there. Yet after a short time, he persuaded his father-in-law to come live in Brody, which was then a town filled with sages and scholars. There he was welcomed as one of the “Sages of Kloiz,” a famous Beit Midrash that included great Torah scholars.

In 5506 (1745), Rabbi Yechezkel became the Rav of Jampol. He stayed there for six years, and then he was called upon to be the Rav of Prague. There he directed a great yeshiva that attracted so many students that he was forced to study with them in the yard of the main synagogue. He gave courses in Gemara each day, and on Friday he taught the parsha of the week along with Rashi’s commentary. He loved his students like a father loves his children, and he was very happy to see them succeed. Among his students were such great rabbis as Rabbi Avraham Danzig (author of Chayei Adam) and others.

Rabbi Yechezkel had a fixed rule that, be it in Torah study or in his approach to Mussar, the main thing was not abstract study but action. It was not the discussion that counted, but the final conclusion. This is why he often comes back, in his responsum and lectures, to the point that the essential thing is not to deny oneself or fast, but to perform good deeds. On the other hand he wrote, “The main thing is diligence in study. One must study Torah works that have true meaning, mishnayot with Tosaphot Yom Tom, the Gemara, the Poskim, the Chumash, the Prophets, and the Writings, as well as books on Mussar.”

All this, however, applied to others. With his own person, he was very strict and denied himself. His disciple Rabbi Eliezer Fleckles testifies that to his old age, he did not sleep in a bed, but rather with his head on a bed and his body on some chairs. He also wore a coarse haircloth on his body, and he taught while standing. From the 17th of Tammuz until the beginning of Av, he ate no animal products, and from Rosh Chodesh Av to Tisha B’Av, he only ate dry bread.

Like a shepherd faithful to his flock, Rabbi Yechezkel also devoted himself to the needs of the community. He enacted decrees, dealt with government ministers and emperors, and built up institutions that promoted tzeddakah and chesed. All aspects of Jewish life progressed in accord with his decisions.

Rabbi Yechezkel died on Iyar 17, 5553 (1793) in Prague. He ordered that neither praises nor orations be multiplied at his funeral, that a large headstone not be placed on his grave, and that no glorious titles be inscribed on it. He left numerous works behind, including Noda B’Yehuda, Hatzlacha (Tzion L’Nefesh Chaya) on the Talmud, Ahavat Tzion, and Dagul Mei’Revavah.

Many legends surround Rabbi Yechezkel’s brilliant character, and these illustrate both his intelligence and sharpness of mind. What follows are some examples:

(1) One day, a merchant carrying wine barrels was traveling from Hungary to his home in Prague. While on route, he encountered a poor Jew from his hometown and gave him a ride in his carriage. The poor man owned a sack filled with money, and since he was afraid of thieves, he hid it among the barrels. Upon arriving in Prague, however, he could not find his money. He therefore accused the merchant of having stolen it, then ran in tears to see Rabbi Yechezkel and cried out to him, “Save me Rabbi!” Rabbi Yechezkel had the merchant brought to him, but he denied everything that the poor man had said, and furthermore he complained that the poor man had paid him back evil for good, since he had helped him out by giving him a ride home. Hence Rabbi Yechezkel resorted to a ruse and said to the merchant, “I believe you – you did not steal the money. Surely it was your driver who stole it. However if that is the case, your wine has become forbidden to drink, for the hand of your non-Jewish driver has touched it.” When the merchant heard this decision, he acknowledged his sin and admitted that he had stolen the poor man’s money. However the Rav was not satisfied with this, and he said to him, “Since you began by denying this with all your might, I will not believe you until you swear in synagogue, before the entire community, that you stole this poor man’s money.” The merchant did what Rabbi Yechezkel said, and only then did he allow the merchant’s wine to be sold.

(2) Two Torah greats of Israel came to see the Rav of Prague concerning the mitzvah of redeeming prisoners. “How much money do you need?” Rabbi Yechezkel asked them. They replied, “1,000 gold coins.” The Rav went into his room and brought them 990 gold coins. Looking at the amount, they said in astonishment: “Why did the Rav not add 10 more gold coins in order for the mitzvah to belong to him?” Rabbi Yechezkel replied, “I’m surprised that two great rabbis such as yourselves would ask such a question! Have you forgotten the explicit words of the Mishnah: ‘One who wishes to give but that others should not – he looks grudgingly toward others’ [Perkei Avoth 5:13]. I too must allow others to participate in this mitzvah.”

Rabbi Yechezkel was also marvelously clever in matters of everyday life, and he knew how to act with the most diverse types of people.

(3) Two rich men once came to see him for an unusual Din Torah. What happened was that these two men lived in the same building and were good neighbors. One day, a poor musician came and stood at the door of the building and began to play some music. The two rich men began to argue, each one saying: “He’s playing for me!” That’s when they decided to go see the Rav. First of all, each of them deposited 20 gold coins to cover the costs of the proceedings. At that point the Rav began to hear their strange arguments, and then he smiled and said to them: “It was not for any of you that the musician played, but for me – so that I could merit 40 gold coins.”

(4) A man came to see Rabbi Yechezkel to recount his troubles to him. “What can I do for you?” he asked. The man replied, “In my house, people are constantly coming and going, and this bothers me and prevents me from studying.” Rabbi Yechezkel said to him, “Let me give you some good advice. If those who come to you are rich, ask them to lend you some money – you won’t see them again. And if they are poor, lend them some money – you won’t see them again either.” 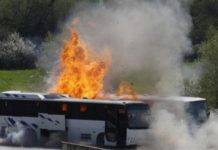