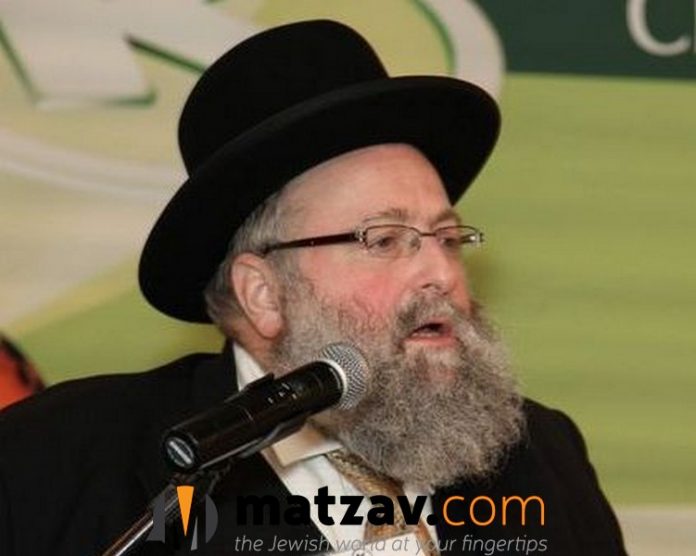 It is with great sadness that Matzav.com reports the passing of Rav Zushe Yosef Blech zt”l of Monsey, NY.

Rav Blech was widely considered one of the world’s leading experts in modern kosher food production and technology, serving for over twenty years in administrative and field positions relating to all aspects of kashrus certification.

Rav Blech served for fourteen years as a regional director for the kashrus division of the OU and then and then served as a technical and halachic consultant to virtually all of the major kashrus certifying agencies worldwide.

Rav Blech was a foremost authority on the integration of modern food technology with kashrus requirements, including those relating to such cutting-edge issues as biotechnology and enzymology.

Rav Blech was the author of the encyclopedic work Kosher Food Production, a definitive work on kashrus certification, and his articles on kashrus were published by a variety of kashrus organizations worldwide.

Rav Blech last directed kashrus certification for Kehillas Bais Benzion in Monsey and served as the kashrus administrator of EarthKosher.

The levayah will be held tomorrow at the kevurah at 1:30 p.m. at 6300 Hamilton Avenue in Rosedale, Maryland.

The family will be sitting shivah at 6205 Lincoln Avenue. Parking is at Ner Tamid. Shacharis is at 7:30 a.m., and Mincha/Maariv is at 5 p.m.