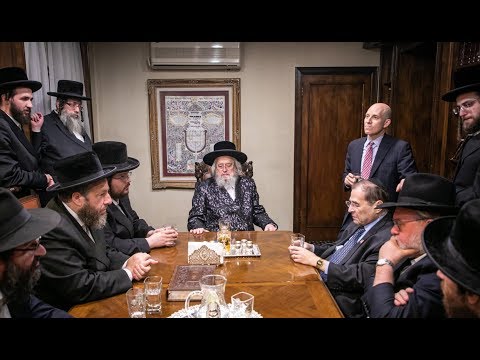 Representative Jerry Nadler visited the home of the revered Munkatcher Rebbe Shlita Rabbi Moshe Yehuda Leib Rabinovich, where he was warmly welcomed by the Rebbe. The meeting served as opportunity to discuss various issues personally important to the Rebbe and to the community at large regarding criminal justice reform as it relates to the recently enacted First Step Act. The Congressman was accompanied by Ezra Friedlander, CEO of The Friedlander Group.