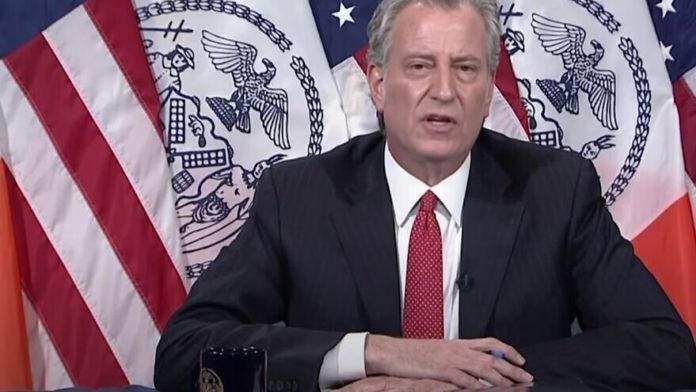 It was one of the more memorable moments in the New York City mayor’s race: Eight Democratic candidates were asked at a debate earlier this month if they would accept an endorsement from Mayor Bill de Blasio.

Only one, Andrew Yang, raised his hand.

When the candidates each gave the mayor a letter grade, their consensus was that Mr. de Blasio had failed on a variety of subjects, including solving the city’s homelessness crisis and his handling of protests against police brutality last year.

After eight tumultuous years in office, Mr. de Blasio is indeed loathed in many corners of the city. But some of his policies like universal prekindergarten are popular, and he has maintained support among Black voters — a critical constituency that helped him capture the mayoralty in 2013.

With a week before the June 22 primary, Mr. de Blasio has not made an endorsement and has no apparent plans to do so.

But several people close to the mayor say that he favors Eric Adams, the Brooklyn borough president, and has worked behind the scenes to persuade others to endorse him.

In February, Mr. de Blasio held a meeting at Gracie Mansion with leaders of three unions to discuss the mayor’s race and told them that he preferred Mr. Adams, according to two people who were familiar with the conversations.

All the unions at the meeting — the Hotel Trades Council, District Council 37 and 32BJ SEIU — endorsed Mr. Adams a short time later in March.

An official from one of those unions who asked for anonymity to protect his relationship with the mayor said that Mr. de Blasio had not only later lobbied his union to support Mr. Adams, but that he had witnessed the mayor try to persuade others to back him.