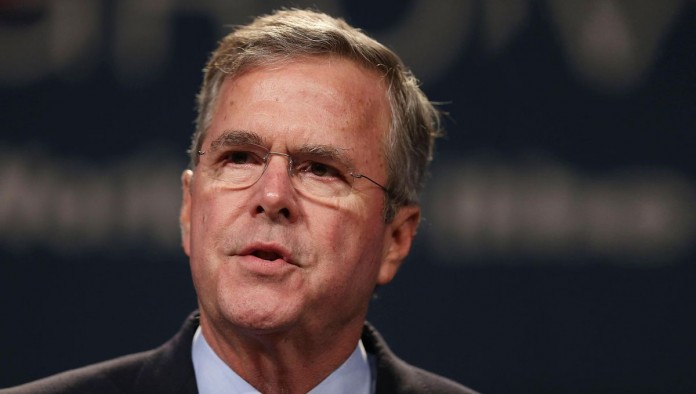 Jeb Bush reportedly repeatedly suggested voting for Libertarian presidential candidate Gary Johnson during a private luncheon on Wednesday. He had previously said he’d consider voting for the candidate, who is perhaps most known for a recent series of gaffes.

“There was an old man talking to Jeb across the table and said, ‘I can’t bring myself to vote for Hillary and Trump,’ and Jeb looked at him and mouthed the word ‘Johnson,’ silently,” a person present told the New York Daily News. Read more at the NEW YORK DAILY NEWS.