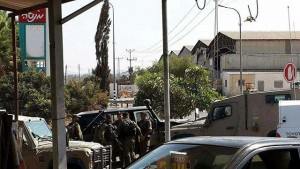 A Palestinian source reported on Shabbos that an Israeli had shot a six-year-old Palestinian boy, but according to the IDF who investigated the incident alongside Palestinian authorities, it was just a cover story to protect the boy’s brother.

The original report claimed the child was next a road near Qalqilya, just over the West Bank barrier from Kfar Saba, where an Israeli driver stopped, shot him in the stomach and fled the scene.

The IDF initially rejected the report, saying that no Israelis had been involved, then later said the boy was wounded while playing with a gun owned by his brother, a Palestinian police officer.

According to the IDF, the family invented the story of an Israeli attacker to protect their older son and additionally to get a paycheck from the Palestinian Authority as victims of terror at the hands of Jewish settlers.

The child was taken to a hospital in Qalqilya and his condition was not immediately known.

His name is Yussuf Tabib, a resident of the village of Azbat at Tabib. His father is head of the regional council. YNET NEWS

Listen: The Paz87 Shiur on Matzav: What is Important in Saying a Bracha?