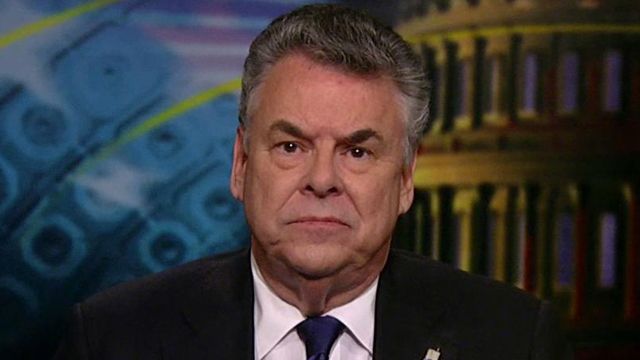 If you weren’t privy to secret intelligence information, you definitely missed it, but according to The New Yorker, Rep. Peter King (R-NY) leaked classified information during Monday’s House Intelligence Committee hearing on alleged Russian interference in the U.S. election. Washington correspondent Ryan Lizza noted how during the hearing Chairman Devin Nunes (R-CA) asked FBI Director James Comey: “Wouldn’t it be a little preposterous to say that, historically, going back to Ronald Reagan and all that we know about maybe who the Russians would prefer, that somehow the Russians prefer Republicans over Democrats?”

And then King followed up with a peculiarly phrased question: “I would just say on that because, again, we’re not going into the classified sections, that indicating that historically Russians have supported Republicans, and I know that language is there, to me puts somewhat of a cloud over the entire report.” According to two Democrats on the committee, Lizza reported, the conclusion that “historically Russians have supported Republicans” was in a classified portion of an intelligence report, and not in the portion made public. Asked about his leaking of that information, King told Lizza, “I have to watch myself. I think it was in the public report that came out, the unclassified report, that there was a finding in there that historically—so don’t quote me on this, O.K.? Because I’m not sure if this was the classified or the unclassified, but there was a conclusion that historically the Russians have favored Republicans.” In the past, Congressman King has repeatedly called for journalists who leak classified information to be prosecuted. Read more at THE NEW YORKER.