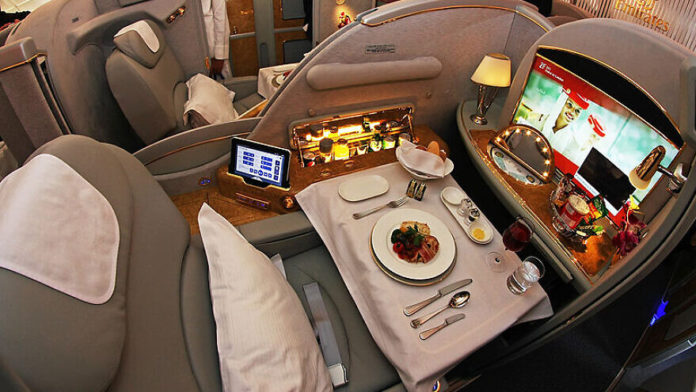 On the heels of the signing of the U.S.-brokered Abraham Accords between Jerusalem, Abu Dhabi and Manama this week—and ahead of the launch of direct Tel Aviv-Dubai flights—United Arab Emirates national carrier Emirates and Emirates Flight Catering are setting up a kosher food-production facility in the Gulf state.

The venture, called “Kosher Arabia,” is slated to begin production by January, Globes reported on Thursday.

According to the report, food production and preparation will be handled by Emirates Flight Catering, which services some 100 airlines worldwide, while kashrut will be certified by the Orthodox Union, in cooperation with the South African Union of Orthodox Synagogues.

“For many years, [we have] been offering kosher meals primarily to our airline customers, via an outsourced supplier overseas,” Emirates Flight Catering CEO Saeed Mohammed is quoted as saying. “We’ve been watching the global trends for kosher food, and with recent developments, we expect that demand for kosher food in the UAE and region will grow quickly.”