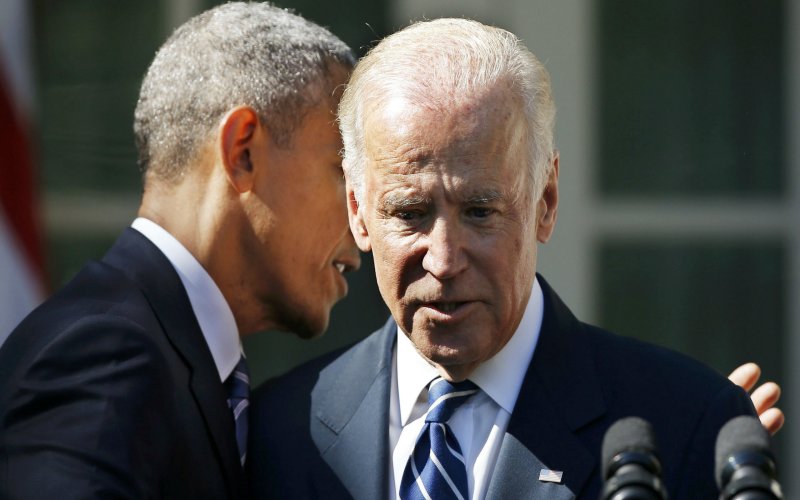 Ahead of US Vice President Joe Biden’s trip to the Holy Land next week, the American administration is “hysterical” about the possibility of Israeli authorities embarrassing him by announcing the construction of new housing during his visit, the Hebrew news site NRG reported on Monday.

According to the exclusive report, the level of anxiety in Washington is so high on this score that senior administration officials are sidestepping proper diplomatic channels and directly appealing to Israeli public figures to prevent an incident similar to that which occurred during Biden’s visit six years ago. In 2010, the Jerusalem municipality approved the construction of 1,600 additional apartments in Ramat Shlomo, a predominantly Orthodox neighborhood in the northeastern part of the capital, whose residents tend to have many children.

The announcement that new flats were approved coincided with Biden’s arrival in Israel – a move that caused the White House to reprimand Prime Minister Benjamin Netanyahu and to blame Israel for the Palestinian Authority’s pullout of “proximity talks,” brokered by the US to try and revive the stalemated peace process.

The reprimand had to do with the view held by the US government and much of the international community that east Jerusalem, which was annexed by Israel following the 1967 Six Day War, is “occupied” territory, and illegally held under international law — a claim Israel disputes. The neighborhood of Ramat Shlomo is deemed by Israel as within the municipal boundaries of Jerusalem, the country’s capital. (The Palestinians, on the other hand, lay claim to east Jerusalem as the capital of a future Palestinian state.)

At the time, Netanyahu apologized to Biden, claiming he had not been aware that the municipal committee tasked with deciding on such matters would be meeting during the visit. Since the “Ramat Shlomo incident,” Netanyahu has demanded that all announcements of construction in Jerusalem be run by him first – something that nrg claimed has dramatically slowed the building process.

However, according to nrg, Biden has indicated a lack of confidence that a similar incident will not occur during his upcoming visit, and therefore a number of phone calls have purportedly been made from Washington to Israel’s housing and interior ministries, as well as to Jerusalem’s City Hall, to “beg” that no such announcements be made next week. However, the same Israeli representatives were told, according to nrg, that “construction in the Arab section of the city would be welcome.”

Biden is scheduled to spend Monday and Tuesday in Israel. The purpose of the visit, according to the nrg report, is to convey a message of strengthening US-Israel ties and perhaps even to bring about a final conclusion to the process of rapprochement between Israel and Turkey.

The “Ramat Shlomo incident” happened in March 2010, two months before the Turkish Gaza-bound flotilla was intercepted by Israeli commandos. After being attacked by activists on one of its ships, the Mavi Marmara, the commandos fought back, killing nine Turkish citizens in the process. This precipitated a severing of relations between the former allies. Reconciliation talks, according to sources on both sides, are on the verge of bearing fruit in the near future.