The Rubashkin Petition, now in its third week, has launched a new campaign titled “Fortune 500,” with the goal of becoming number one in petitions during a 30-day span. The aim is to get 500 people who really care to commit themselves to getting 25 signatures each.

The petition has garnered close to 35,000 signatures in about two weeks and would need another 25,000 over the next two weeks.

Danny Finkelman, who is heading this new campaign, said, “The rate of signatures that we are getting is truly amazing, especially during this hectic Yom Tov season.”

But Finkelman is not satisfied and has thus furthered this grassroots effort with the “Fortune 500” campaign.

With Sukkos quickly approaching and the deadline for the petition being October 22, that leaves just two short weeks to go. This makes the “Fortune 500” campaign that much more crucial.

“Can you imagine the impact when, at 30 days since the launch, we have put Reb Sholom Mordechai Rubashkin as the number one issue of the White House Petition site?” Finkelman asked.

Since every person over age 13 with a valid email address may vote, by engaging 10 heads of a household, you can quickly acquire 30 votes or more.

The campaign has already gotten over 100 volunteers who are actively involved in appealing to the general public.

“I’ve never seen such a broad involvement of so many people in such a short period of time.” said Yossi Gestetner, a frum journalist who works in public relations. “To have over 30,000 people sign up during the two weeks from Rosh Hashanah to Yom Kippur is an accomplishment that is worth congratulating. But to make the Rubashkin petition the number one petition in the country would be truly amazing.”

Email SMRpetition@aol.com to volunteer. To sign the petition, visit http://wh.gov/gWM. 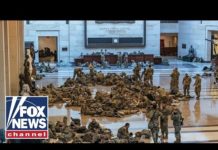 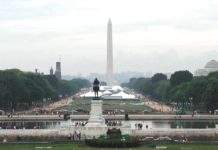