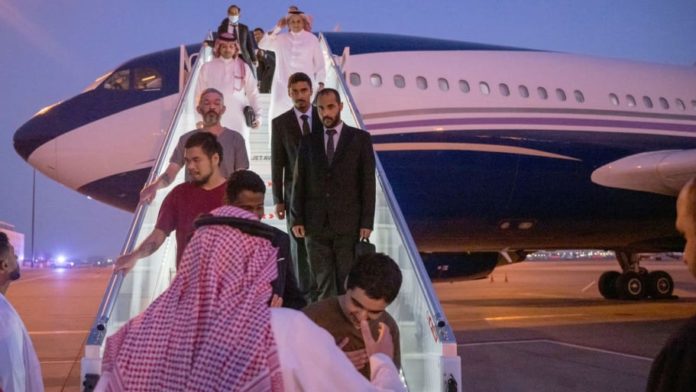 Five British citizens, two Americans, one Moroccan, one Swede, and one Croat captured as prisoners of war by Russian-backed forces were freed in a deal brokered by Saudi Crown Prince Mohammed bin Salman, Saudi Arabia said Wednesday. The group were released as part of a prisoner-exchange deal between Russia and Ukraine, though it wasn’t immediately clear if Ukraine had freed any prisoners as part of the swap.

The POWs were flown from Russia to Saudi Arabia before being returned to their home countries, according to the Saudi Foreign Ministry. British Prime Minister Liz Truss called the exchange “hugely welcome news,” thanking Ukrainian President Volodymyr Zelensky and Saudi Arabia for their help. An aunt of one of the American prisoners, 39-year-old Alexander Drueke, said the family was “thrilled” to confirm his release, as well as that of 27-year-old Andy Huynh. The pair were captured while fighting for Ukraine near Kharkiv three months ago.