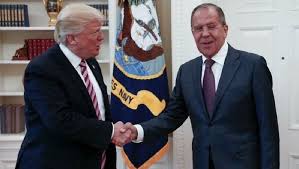 Zakharova said it was just “another fake,” but she did not address the substance of the reports. “Guys, have you been reading too many American newspapers again? Don’t read them,” she wrote, on her Facebook page. “You can use them in various ways, but don’t read them—recently it is not only harmful, but also dangerous.”

The Washington Post first reported the story, with The New York Times, Reuters, BuzzFeed, and others independently confirming the reports through U.S. officials. Read more at the WALL STREET JOURNAL.