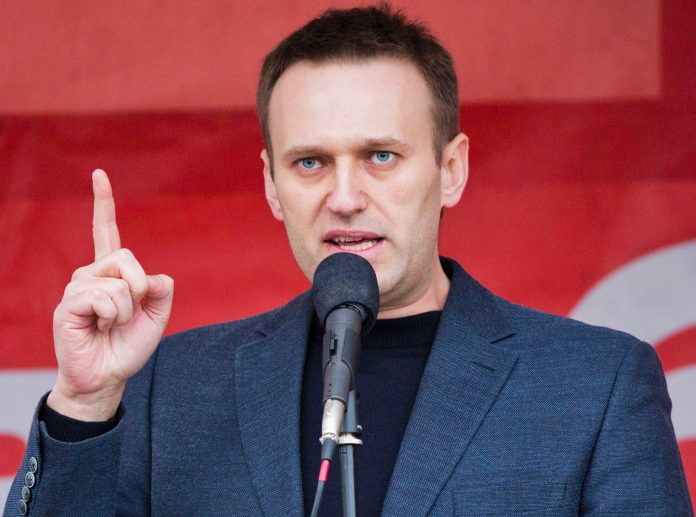 The decision, a widely expected blow to the opposition, is likely to drive Navalny and his supporters onto the streets for protests over the March vote.

The Russian Central Election Commission said in a hastily convened session on Monday that Navalny was not permitted to run because of a previous conviction for fraud in a criminal case that he deems politically motivated. Russian election law bars those with criminal convictions from seeking political office, although Navalny has argued that the rule infringes on his constitutional right to seek office.

That conviction was overturned by Russia’s Supreme Court, but Navalny was found guilty in a retrial, a ruling that was criticized by the European Court of Human Rights.

“I would like to point out that the conviction remains, and, therefore, I am forced to propose a draft CEC resolution, the point of which is to deny registration,” said Boris Ebzeyev, a member of the commission, which voted 12 to 0 with one abstention to bar Navalny from the election.

The decision came one day after Navalny submitted a formal bid to run in the election. Putin, who has led Russia since 2000, is widely expected to win the March vote with ease.

Navalny said Monday after the election commission’s announcement that his supporters should turn to monitoring the election and protesting it as illegitimate.

“First, we are turning our headquarters into a strike headquarters,” the Navalny campaign said. “Second, we are organizing monitoring of the voter turnout. Third, we are campaigning against these elections.”

Asked whether he would hold protests, the opposition leader said yes.

“We’re being asked about street protests against the Central Election Commission decision,” he wrote. “Of course we are going to organize protest actions across Russia. We will prepare it carefully. And of course it should happen across Russia.”