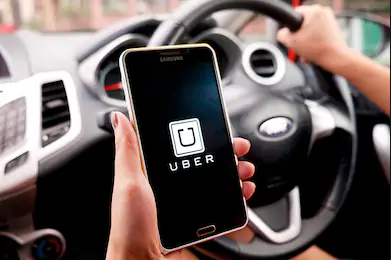 I would like to share with you a remarkable story of Hashgacha Pratis, Divine Providence, that happened this past Erev Shabbos.

The Brisker Rav says that Moshe Rabbeinu related to Yisro all that transpired to the Jewish people because everyone else in his vicinity experienced the same revelation and witnessed the same miraculous salvation. Yisro was the first person Moshe encountered who was not privy to the miracles and wonders. The Chazon Ish says that it is a Mitzvah to share stories of Divine Providence to demonstrate Hashem’s intervention in our lives.

Shabbos is the eternal sign and sacred covenant between Hashem and His beloved children, Klal Yisroel.

No matter our level of observance or affiliation, a Jew is a Jew. We are all descendants of the same ancestors, Avrohom, Yitzchok and Yaakov. Just because a Jew was raised without Yiddishkeit or deprived of a Yeshiva education, doesn’t make the person any less Jewish.

Try placing yourself in the shoes of someone who never had the opportunity to observe Shabbos. For a person who is totally unfamiliar with the beauty, holiness and serenity of Shabbos, the thought of keeping Shabbos could be very frightening, intimidating and daunting. They don’t know that Shabbos liberates us from the shackles and enslavement of work, technology and self absorption. Instead they think in terms of restrictions and limitations. They conjure up arcane and archaic fallacies that religious Jews spend their weekend sitting in the dark, eating cold food, and are subject to intense  boredom and insanity.

Sam*, a young Jewish man from Brooklyn, would be spending his first Shabbos ever with us. Sam recently attended college and is working in the real estate industry.

I only met Sam last Tuesday. We had a very convivial conversation and exchanged contact information. On Thursday, I mustered the courage to invite Sam for Shabbos. Sam graciously accepted the invitation.

It was Friday late afternoon.

As Sam was heading over to BJX in an Uber before Shabbos, he felt somewhat anxious about Shabbos. He needed to vent and cathart. Being naturally extroverted and friendly, he turned to the African American Uber driver. Sam confided to the driver that he was about to observe his first Sabbath, an experience quite  foreign to him.

The African American Uber driver looked at Sam and said, “Sabbath? You got to be kidding! You are actually my last passenger for the day. I keep the entire Sabbath and won’t take another passenger until Saturday night.”

Sam was incredulous and shocked. “You keep the Sabbath?” he asked the driver.

“Yes,” answered the Uber driver. “I belong to a religious sect that keeps the seventh day holy. If I can keep it then you, a born Jew, can certainly keep it.”

Sam couldn’t believe his ears. What were the chances that he would end up with an Uber driver who would bolster his spirits and encourage him to be proud of his Judaism, allowing his Neshama to finally reconnect? He realized that Hashem had guided his every step so that another one of His children should spend Shabbos with Him.

Throughout Shabbos, Sam  was astounded by the love and kindness he saw from his fellow Jews. He was immediately made to feel welcome and accepted.

He received his first Aliya on Shabbos morning. The entire Beis Medrash erupted in song and dance as Sam finally received a long overdue Bar Mitzvah. It was exceedingly emotional listening to Sam, who could have been another statistic of assimilation, recite, “Vchayei Olam Nota B’socheinu- and eternal life he implanted within us.”

At the end of Shabbos, Sam said that while initially he was nervous about spending the entire Shabbos in a new environment, it proved to be one of the greatest experiences in his entire life and he can’t wait to keep Shabbos again.