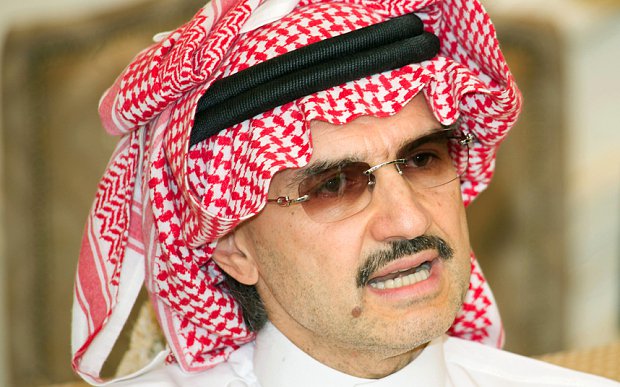 Saudi Prince Alwaleed bin Talal has called for an end to the kingdom’s ban on women drivers, deeming the prohibition “unjust.” The prince wrote on his Twitter account: “Stop the debate: Time for women to drive” and released an accompanying statement, which laid out the social and economic reasons for his position. Alwaleed, one of the world’s wealthiest men, is a philanthropist and chairs Kingdom Holding Co. He holds no political posts. The kingdom has the world’s strictest laws for women, including the world’s only ban on females driving.

In his statement, he wrote: “Preventing a woman from driving a car is today an issue of rights similar to the one that forbade her from receiving an education or having an independent identity.” He added, “They are all unjust acts by a traditional society, far more restrictive than what is lawfully allowed by the precepts of religion.” Read more at THE GUARDIAN.