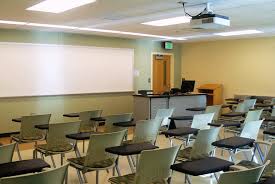 School districts in the Washington, D.C., area and across the country are adopting grading practices that make it more difficult for students to flunk classes, giving students opportunities to retake exams or turn in late work and discouraging or prohibiting teachers from giving out zeroes.

The policies have stirred debates about the purpose of academic grades and whether they should be used to punish, motivate or purely represent what students have learned in class. Some regard it as the latest in a line of ideas intended to keep students progressing through school and heading toward graduation, akin in some ways to practices like social promotion.

Under a new policy in Virginia’s Fairfax County, one of the nation’s largest school systems, middle and high school students can receive a score no lower than 50 if they make a “reasonable attempt” to complete work. And for the first time this year, high school teachers who were going to fail a student had to reevaluate the student using “quality points,” making an F less detrimental to a student’s final grade. Prince George’s County in Maryland will limit failing grades to a 50 percent minimum when students show a “good-faith effort.”

Proponents of the changes say the new grading systems are fairer and end up being more conducive to learning, encouraging students to catch up when they fall behind rather than just giving up. Many believe that giving a student a score of zero for an F – rather than, say, a score of 50 – on even just one bad assignment can doom the student because climbing back to a passing grade can seem almost mathematically impossible. And such failures can put students on a path to dropping out before graduation.

But many are critical of the shift, arguing that teachers are losing important tools to enforce diligence and prepare students for college and the workplace. They say that artificially boosting student grades can mask failure and push students through who don’t know the material they need to know to actually succeed.

“It reflects this soft bigotry of low expectations around student effort and student behavior,” said Michael Petrilli, president of the Fordham Institute, a right-leaning think tank. He said policies that cut students slack send the message that hard work and homework are not important. “Is it because we think certain groups of kids aren’t capable of them?”

Rick Wormeli, a grading expert who has worked with schools in the D.C. region and across the country, said grading changes are on the rise nationally, including allowing test retakes and revamping grading systems in ways designed to better reflect how much a student has actually learned. He estimates that more than half of U.S. schools are investigating such changes or have made revisions in recent years. “Not everyone learns the same way or at the same pace,” he said.

The move is intended to give students a chance to recover even if they fail an assignment or a grading period. Some consider a score of zero to be mathematically unjust in any case: a student who earns a zero and then a perfect score on the following assignment has an average of 50 percent – still an F in most grading systems.

“The bottom line is that a zero on the 100-point scale distorts a student’s overall grade,” said Gregory Hood, principal of James Madison High School in Fairfax County. “A zero provides no information about what a student has learned, and it negatively impacts a student’s grade when averaged with other grades.”

Many school systems also are moving toward “standards-based grading,” which emphasizes evaluating students on what they ultimately learn rather than on work habits, student effort, punctuality or homework.

The philosophy has driven Fairfax County to allow students to turn in work late and to retake major exams if they score below 80 percent; the county also limits homework to 10 percent of a student’s grade. Prince George’s officials will not allow behavior or attendance as factors in academic grades and will give students a second chance to improve their score on certain tests or assignments.

“Grades are really supposed to be about reflecting student achievement,” said Noel Klimenko, director of pre-K through 12th grade curriculum and instruction for Fairfax County schools.

Kevin Hickerson, the president-elect of the Fairfax Education Association, which represents more than 4,000 current and retired school employees, said the new policies push students to keep trying if they do not understand a concept the first time around. It is “erasing the boundaries of time because in the end all teachers are about making sure that students have had proficiency or mastered a concept,” Hickerson said.

Segun Eubanks, chairman of the Prince George’s school board, said such changes are no “magic elixir” for kids who struggle but can keep them engaged, knowing they still have a chance to pass or succeed. “It gives them more opportunities to show their skills and knowledge, and to improve,” he said.

Gaining popularity nationwide, such rethinking of grades already is in place in some individual school districts. Montgomery County in Maryland has used a “50-percent rule” – prohibiting the use of the lowest failing grades when students make good-faith efforts – for nearly a decade. While teachers have adjusted to the changes, some still do not favor the 50-percent rule. And others suggest that the results can be mixed.

Amy Watkins, a math teacher at Montgomery’s Walter Johnson High School, said the practice helps students who really try but may bomb a test; the poor grade counts, but it’s not impossible to overcome. The downside, she said, is that it also helps some students earn credit for a course “when they have not mastered any of the content.” Watkins said these are often students who go on to need remedial classes in college.

Sam Hedenberg, who teaches English to special education students at Fairfax’s Mount Vernon High School, has seen the new ideas in action. Two years ago, administrators at his school barred teachers from giving zeroes, making the lowest possible score a 53. “It definitely provides that opportunity for a kid to catch up,” Hedenberg said.

But he also has seen students game the system. One student was able to pass his class even though he skipped several essay-writing assignments. “Many students have already started to figure out that they don’t have to do very much but they can still pass,” he said.

Some teachers think that grades absolutely should reflect a student’s work habits – such as whether they participate in class or turn in work on time – and Hedenberg said learning to meet deadlines and to work diligently should be a part of the curriculum.

Theresa Mitchell Dudley, president of the Prince George’s County Educators’ Association, said 42 to 69 percent of high school teachers who responded to a recent survey voiced concerns about some of the key recommended changes.

“We have no problem being fair to students,” she said. “But if they are not doing the work and not performing, and we give them a grade they did not earn, how does that make them college- and career-ready?”

Dudley said that the union, which represents more than 10,000 employees, is working with district officials to tweak grading proposals and that fairness to students must be balanced with a need for accountability.

“You can’t go to an employer and say, ‘Here’s my work, it’s two weeks late,’ and expect that your boss is not going to fire you,” she said.

Thomas Guskey, an education professor at the University of Kentucky who has studied grading, said the standard A through F grading system has remained unchanged for more than a century. He has proposed upending it entirely, arguing that students should get two grades: one that reflects whether a student has mastered the content and a second that evaluates what he calls “process criteria,” things such as whether a student collaborates well, participates in class discussions and turns in work on time. He has piloted the model at several Kentucky schools.

He said school systems should not be taking work habits – such as homework, punctuality and effort – out of the grading equation.

“Those are all really good, but they’re different than achievement, and we need to report them separately,” Guskey said.