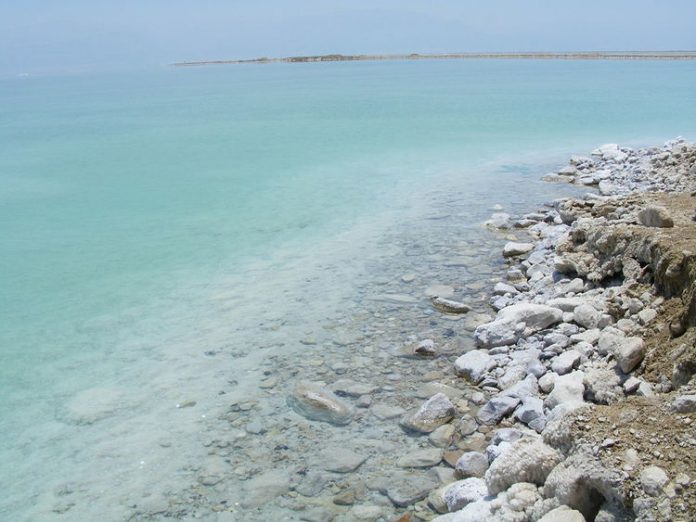 A new scientific analysis finds that the Earth’s oceans are rising nearly three times as rapidly as they were throughout most of the 20th century, one of the strongest indications yet that a much feared trend of not just sea level rise, but its acceleration, is now underway.

“We have a much stronger acceleration in sea level rise than formerly thought,” said Sönke Dangendorf, a researcher with the University of Siegen in Germany who led the study along with scientists at institutions in Spain, France, Norway and the Netherlands.

Their paper, just out in the Proceedings of the National Academy of Sciences, isn’t the first to find that the rate of rising seas is itself increasing – but it finds a bigger rate of increase than in past studies. The new paper concludes that prior to 1990, oceans were rising at about 1.1 millimeters per year, or just .43 inches per decade. From 1993 through 2012, though, it finds that they rose at 3.1 millimeters per year, or 1.22 inches per decade.

The cause, said Dangendorf, is that sea level rise throughout much of the 20th century was driven by the melting of land-based glaciers and the expansion of seawater as it warms, but sea level rise in the 21st century has now, on top of that, added in major contributions from the ice sheets of Greenland and Antarctica.

“The sea level rise is now three times as fast as before 1990,” Dangendorf said.

Studying the changing rate of sea level rise is complicated by the fact that scientists only have a precise satellite record of its rate going back to the early 1990s. Before that, the records rely on tide gauges spread around the world in various locations.

But sea level rise varies widely in different places, due to the rising and sinking of land, large-scale gravitational effects on the waters of the globe, and other local factors. So scientists have struggled to piece together a longer record that merges together what we know from satellites with these older sources of information.

The new study takes a crack at this problem by trying to piece together a sea level record for the 20th century, before the beginning of the satellite record, by adjusting the results of local tide gauges based on an understanding of the factors affecting sea level rise in a given region, and then also weighting different regions differently in the final analysis. That’s how it came up with a relatively small rate of sea level rise from 1900 through 1990, followed by a much faster one afterward.

Robert Kopp, a Rutgers University sea level researcher who has also published research showing a sharp acceleration of sea level rise, called the new study a “nice analysis” in an email to The Washington Post.

“Their final estimate of 20th century (particularly pre-1990) global mean sea level rise is in good agreement with the results of the two different analyses presented by [our] 2015 paper, and less than those of most other reconstructions,” Kopp said.

That 2015 study found that from 1901 to 1990, sea level rose at a rate of 1.2 millimeters per year, very close to the current study’s estimate. But other researchers have found figures more in the range of 1.6 to 1.9 millimeters.

These differences matter a great deal because the larger sea level rise was during the 20th century, the less of an increase there has been since then – and vice-versa.

Overall, though, the disparities between different studies – many of which point to an acceleration, but which vary upon its size – suggests that scientists have converged on the big picture but are still debating its details.

An acceleration of sea level rise, after all, is an expected consequence of ongoing global warming, and there are projections that it could rise as high as 5 to 15 millimeters per year (1.97 to 5.9 inches per decade) in extreme climate warming scenarios, according to Dangendorf.

Kopp added that in the last five years, there is some indication that sea level rise could already be even higher than the 3.1 millimeter annual rate seen from 1993 through 2012. He cautioned, though, that “those higher rates over a short period of time probably include some level of natural variability as well as continued, human-caused acceleration.”

Just how much control we are able to exert over the rate of sea level rise will critically depend on how rapidly global greenhouse gas emissions come down in coming years – making the entire outlook closely tied to whether the United States sticks with the rest of the world in honoring the Paris climate agreement.

“Sea levels will continue to rise over the coming century, no matter whether we will adapt or not, but I think we can limit at least a part of the sea level rise. It will further accelerate, but how much is related to how we act as humans,” said Dangendorf.