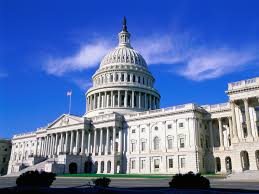 The Senate is set to vote Monday on four gun control proposals that are likely to fail, but will let Democrats and Republicans stake out their political turf around a controversial, emotional issue in a campaign year.

In the wake of the massacre at an Orlando gay nightclub, Democrats and Republicans will each present two proposals aimed at preventing suspected terrorists from acquiring firearms and tightening background checks for would-be gun buyers. Variations of all four proposals already failed to pass the Senate in December, when the Senate last debated gun control in the wake of the deadly mass shooting at the hands of Islamic State sympathizers in San Bernardino, Calif.

In the week since the most recent mass shooting, both Democrats and Republicans have repeatedly stated their firm belief that terrorists should not have guns. Both sides are also being urged by their prospective presidential nominees to take some sort of meaningful action – an especially noteworthy development for Republicans.

But while the political messaging may sound similar, there are substantive differences between the two sides’ approaches to addressing extremist-inspired gun violence. And fizzled efforts to craft a compromise all but guarantee that any consensus will remain elusive this election season – to some senators’ frustration.

“The fact that we’re going to vote on this Monday is an intentional way to keep this as an issue, it’s not a way to solve this problem,” Sen. Bob Corker, R-Tenn., said last week. “We’re going to battle to a draw.”

Democrats are rallying behind a measure from Sen. Dianne Feinstein, D-Calif., that would let the attorney general deny firearms and explosive to any suspected terrorist. Most Republicans are backing an alternative from Sen. John Cornyn, R-Texas, which would let the attorney general do the same — but only if she could prove to a judge within three business days of the attempted sale there was probable cause to suspect the buyer of ties to terrorism.

Both provisions contain language to alert authorities if anyone who has been on a terror watch list in the last five years tries to buy a gun – something Feinstein added to her bill. Such a provision might not have prevented the Orlando shooter from buying the weapons he used in the nightclub massacre, but it would have let authorities know when he purchased the firearms.

Republicans argue Feinstein’s bill doesn’t do enough to protect against situations where someone mistakenly on a terror watch list, or mistakenly suspected of links to terror groups, would be denied their Second Amendment rights.

But Democrats maintain the time limitations in Cornyn’s alternative would make it functionally impossible to actually prevent suspicious individuals from purchasing firearms.

“It’s a way for them to say they’re doing something when they are doing nothing,” said Sen. Charles Schumer, D-N.Y., who last week also derided the Cornyn proposal as “intended to never deny a gun, or almost never, even to a terrorist.”

Democrats will also move a measure by Sens. Chris Murphy, D-Conn., Cory Booker, D-N.J., and Schumer that would expand background checks for anyone trying to purchase a firearm at a gun show or online. It is similar to a compromise measure from Sens. Joe Manchin, D-W Va., and Pat Toomey, R-Pa., that sought to do the same in 2013 after the mass shooting at the Sandy Hook school in Newtown, Conn., but failed to gather enough support, even in a Democratic-led Senate.

Republicans are backing an alternative from Sen. Charles Grassley, R-Iowa, that would increase funding for the agency that runs background checks, but wouldn’t expand mandatory background checks to gun shows and online sellers.

Democrats and Republicans are split nearly down party lines on the emotional issue, and there is palpable anger around these divisions. Last week, Democrats took their frustrations to the Senate floor in a near 15-hour filibuster, led by Murphy, in which they demanded votes on their two proposals.

They credited the display with bringing about Monday’s votes. Republican leaders, meanwhile, derided them for staging a “campaign talk-athon” on the Senate floor that only slowed things down.

Perhaps the most telling sign of the unlikelihood Monday’s measures have of succeeding is that gun control advocates were already predicting defeat last week, and trying to find the silver lining.

“After Sandy Hook it took four months for the U.S. Senate to vote – after Orlando it took four days,” said Erika Soto Lamb, a spokeswoman for Everytown for Gun Safety, a group that is heavily backed by former New York mayor Michael Bloomberg.

“Make no mistake that this is another sign of the sea change in gun politics,” she continued, also noting that Democratic presumptive presidential nominee Hillary Clinton is making gun control a central campaign issue. “And we will win in November and we will pass legislation that will save lives.”

The Everytown organization briefly entered the fray last week through talks with Toomey aimed at crafting a compromise measure to address the “terror loophole” to keep suspected terrorists from acquiring guns. But those talks faltered when Democrats openly rejected Toomey’s plan, which depended in large part on secret Foreign Intelligence Surveillance Courts approving lists of individuals that could be prevented from acquiring firearms.

Sen. Susan Collins, R-Maine, also spent part of last week in discussions with other Republicans to craft a compromise proposal. Hers focused solely on two subsets of the FBI’s database of suspected terrorists – the “No Fly List” and the “Selectee List” – to prevent those on them from buying guns. The FBI would be alerted if someone on those lists tried to purchase weapons.

People whose names appear on the “No Fly List” cannot board planes to or from the United States, or crossing U.S. airspace; those on the Selectee List – where Orlando shooter Omar Mateen was once listed – are subject to extra screening.

Collins’s proposal is the only attempt at striking a compromise that Democrats have not dismissed out of hand.

But it is not scheduled for a vote on Monday, and Democrats are skeptical it would garner any Republican support. Collins’s bill would allow people who feel they have been unfairly denied their Second Amendment rights to appeal a decision and have their legal costs covered if they win. But many GOP members argue that the due process procedures must happen before an individual is flat-out banned from purchasing a gun, not afterwards.

Collins and Toomey both said this week that while they cannot back Feinstein’s proposal, there are serious problems with Cornyn’s measure – even though both voted for it in December.