In this week’s parsha, Beshalach, which is said every day in our morning prayers is the song of Az Yashir.  In Az Yashir we say the verse, “Azi v’zimras Ka, vayehi li li’shua, zeh Keili v’Anveihu.”  Literally this means, “G-d, You are my strength and my song, and You are a salvation to me.  This is my G-d and I will glorify Him.”  Rashi informs us that the term ‘v’zimras’ also means to ‘cut-down.’  As well, we often find in the Gemora that the related term ‘zomar’ refers to ‘pruning.’  Thus, in this context, the verse is to be understood that G-d is my strength, and He cut-down the Egyptians – thereby becoming a salvation for me.  The Targum Onkelus interprets the phrase “Keili v’Anveihu” to mean ‘I will build a Beis HaMikdash,’ a Temple.  Obviously, Onkelus is translating the word ‘v’Anveihu’ from its root ‘naveh’ which means a habitat – and thus understands it as a commitment to build a Domicile to G-d, namely the Temple.

The Birchas Ish wonders what the connection is between the beginning of the verse – which speaks about G-d’s strength and the cutting-down of the Egyptians – with the latter part of the verse which mentions the building of the Beis HaMikdash.  He explains that, in Chronicles, we are taught that Hashem informed Dovid HaMelech that he would not be able to build the Temple.  Hashem explained further that since Dovid was involved in wars and shed blood, his hands could not build the Temple, a place of Peace and the residence of Hashem.  Only Shlomo, who during his reign had tranquility and harmony, was allowed to build the Beis HaMikdash.

Thus, the Birchas Ish concludes that the connection of the two parts of this posuk is easily understood.  For, if the Bnei Yisroel had smitten the Egyptians with their own hands, they would have been blocked from building the Mishkon, the Tabernacle, in the desert.  But since “Azi v’zimras Ka,” it was G-d Who cut them down, then – as the posuk informs us, “Hashem yilachem lachem, v’atem tacharishun – Hashem will fight for you and you will be silent,” all of them went to a watery grave in the Yam Suf and the Jews did not bloody their hands.  Therefore, they could perform “zeh Keili v’Anveihu,” and build the Mishkon in the desert.

This explanation is also of vast contemporary importance for every married couple has a mission to build a Mikdash Me’at in their home.  It is important for them, if they want to succeed at this ambition, to keep any kind of violent emotion away from their home.  Anger and rage is anathema of creating a place for the Shechina, while couples that zealously try to create an aura of gentleness and calm in their home have a great chance of succeeded at the ideals of building bais ne’eman.

I would like to suggest, however, another possible explanation for the juxtaposition of these two verses.  Tosefos, in Masechtas Pesachim, tells us that the letters of the word ‘perech’ (which describes the rigorous labor that the Jews performed in Egypt) in the gematria of A”t Ba”sh, becomes the letters vav-gimel-lamed.  He then takes it a step further.  The numerical value of vav-gimel-lamed equals thirty-nine.  With this, he reveals the fact that in Egypt we were forced to do all the thirty-nine labors from which we abstain on Shabbos.

This then beautifully explains why, in the second set of the Ten Commandments, we say that Shabbos commemorates the Exodus since on Shabbos we abstain from these thirty-nine creative labors in order to commemorate that G-d saved us from the Egyptians who enslaved us with them.

Now, how do we learn out the connection of the thirty-nine melachos with Shabbos?  The Gemora in Masechtas Shabbos says that the subject of Shabbos is referred to in the Torah in proximity to the discussion of building of the Mishkon and we are prohibited from doing the thirty-nine labors on Shabbos that were used to build the Mishkon.

Now we come beautifully full-circle.  When G-d saved us from the thirty-nine labors that we were forced to do in Egypt and said that, ‘Instead of being servants to Paroh, you are now My servants,’ to show our homage to Hashem, took those same thirty-nine labors, and built a Mishkon with them.

Now our original verse fits like a glove.   “Azi v’zimras Ka – You are my strength and You, O G-d, cut-down the Egyptians.”  “Vayehi li li’shua,” and You were a salvation for me from the thirty-nine labors that they forced me to perform.  Therefore, “zeh Keili v’Anveihu,” I will build a Beis HaMikdash using these very same thirty-nine labors in honor of your Holy Name.

In the spirit of our attempting to understand the redemption in Mitzrayim, may we merit the final redemption with good health and prosperity speedily and in our days.

Rabbi Weiss is stepping up his speaking engagements.  To bring him to your community, call (718) 916-3100 or email RMMWSI@aol.com.

Rabbi Weiss’s Rebbetzin, Shoshy Weiss, LCSW-R is moving her therapy practice from Monroe and Monsey to Boro Park and Staten Island.  She will be in Boro Park on Mondays and Staten Island on Tuesdays.  She caters to women and girls only and specializes in the treatment of anxiety, low self-esteem issues, depression, trauma, and relationship enhancement.  She is a specialist in EMDR and IFS (Internal Family Systems) and DBT (Dialectical Behavior Therapy).  She has been practicing for over two decades.  To get a slot, call or text 845.270.3699. 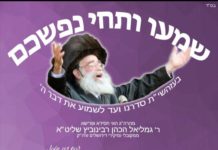 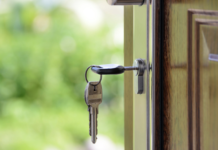 Learn How To Make Money in Real Estate 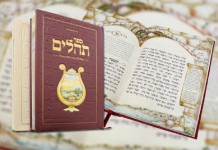