A joint Shin Bet, police and IDF investigation has uncovered a burgeoning terror infrastructure established by the Popular Front for the Liberation of Palestine in Ramallah and the adjacent villages.

Two members of the terror cell, Ashraf Abu Aram and Muhammad Zeitoun, both Ramallah residents, confessed to plotting a kidnapping with the purpose of negotiating the release of PFLP leader Ahmad Saadat.

Saadat is serving a 30-year sentence in Israel for his part in the murder of Minister Rehavam Zeevi.

According to the indictment records, Abu Aram, 26, is charged with establishing the militant cell, while Zeitoun, 26, is accused of recruiting operatives. The Shin Bet said that Abu Aram sought to purchase two guns and an automatic rifle and went as far as to make contact with an arms dealer.

The operatives considered two courses of action. The first scenario required them to open fire towards an IDF unit in order to create a diversion that would allow them to abduct a soldier. The second called for the kidnapping of an Israeli hitchhiker at the Jit Intersection in the West Bank. They planned to transport the captive using a commercial van to a hideaway in Kafr Aqab, which is located on the outskirts of Ramallah.

The two are also charged with conspiracy and providing services to an illegal group. They have been detained pending the trial’s completion.

The probe also led to the arrests of eight other operatives who admitted to acting on behalf of PFLP. Some of their operations includes rioting and carrying out acts of terror against IDF troops.

The Shin Bet said that the cell’s existence points to high motivation on the part of terror groups to kidnap Israelis.

Listen: The Daily Tefila4Life Shiur On Matzav.com: Can I Get Rewarded In Olam Hazeh? 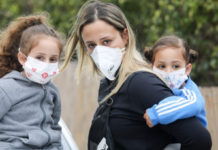 The Matzav Shmoooze: Why Are We Suffocating Kids? 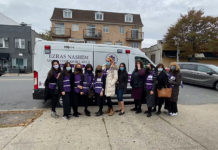