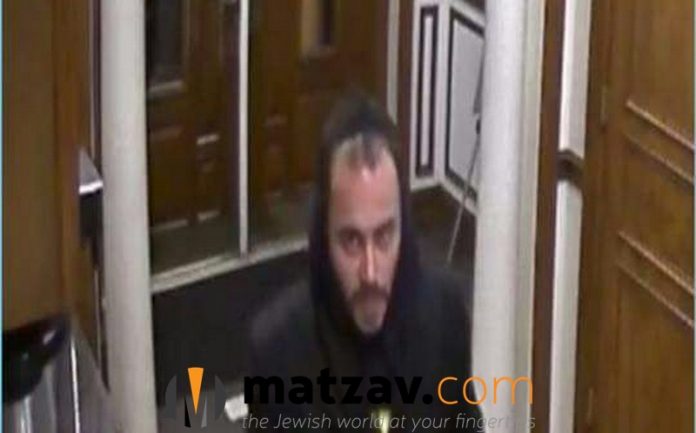 A $1,000 reward is being offered for any information leading to arrest and conviction of an individual responsible for this morning’s theft of four Sifrei Torah from a shul on Avenue O in Flatbush, Brooklyn.

The Sifrei Torah were stolen just hours after they were used for Simchas Torah Hakafos by the mispallelim of the shul.

“It is deeply saddening that such a crime could occur at any time of year, but it is especially upsetting that this took place during Simchas Torah,” said New York City Councilman David G. Greenfield, who is offering the reward. “I encourage anyone who may have information about this crime to reach out to the NYPD Crime Stoppers tip line at 1-800-577-TIPS.”

The Sefardic shul, known as the Avenue O Synagogue, is led by its rov, Rav Shmuel Beyda. 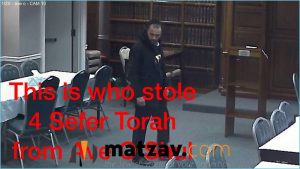 The shul, located at 808 Avenue O, was broken into by a white man in his 20s after around 1 a.m. this morning. The perpetrator, who may or may not be Jewish, was wearing a yarmulka. Four Sifrei Torah were stolen in the burglary.

“I will award $1,000 to anyone who provides information that leads to the capture and conviction of the despicable criminal who committed this crime,” Greenfield said. “We will not tolerate this outrageous criminal activity in our community.”

Anyone with information that could help in solving this crime is encouraged call the NYPD’s Crime Stoppers tip line at 1-800-577-TIPS. The NYPD’s 66th Precinct and Major Case Squad is actively investigating.

WATCH A CLIP OF THE BURGLARY: