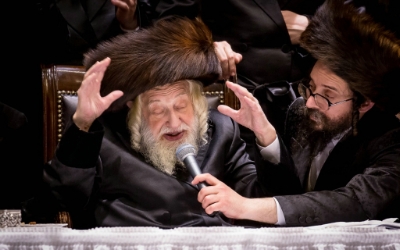 Jews the world over are asked to say Tehillim for the Skulener Rebbe, who is suffering from immense weakness and bouts of pneumonia but has been released from the hospital after being admitted to Cornell Medical Center yesterday.

The Rebbe, Rav Yisroel Avrohom Portugal, is one of the oldest admorim in the world. He is a son of Rav Eliezer Zusia Portugal zt”l, who founded the Sklulener chassidus, and resides in Boro Park, Brooklyn, where he leads his bais medrash on 54th street, near 13th avenue.

The Skulener Rebbe continues his father’s holy work by running the Chesed L’Avraham organization to help the needy in Eretz Yisroel.

The name for Tehillim is Yisroel Avrohom ben Shainah Rochel.