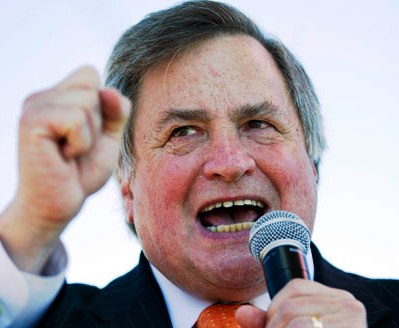 Members of Republican-controlled legislatures in four states must “step up” and take charge of the ballot-counting process from their governors, who happen to be Democrats, and help President Donald Trump win reelection, political analyst Dick Morris told Newsmax TV.

Morris was on “Stinchfield” Wednesday evening and explained how the GOP can take charge as votes are still being counted and no winner has been declared.

“We have to move the fight from the executive branch of the states to the legislative branch of the states. In all of these four key states — North Carolina, Pennsylvania, Michigan, and Wisconsin — there are Democratic governors, but both houses of the legislature are Republican. Those guys need to wake up,” Morris, a former adviser for former President Bill Clinton, told host Grant Stinchfield.

“And if you live in those states, you need to call your state rep and your state senator and say, get on the ball. Get to the state capitol, demand that the legislature be called into session, and take over the counting process.”