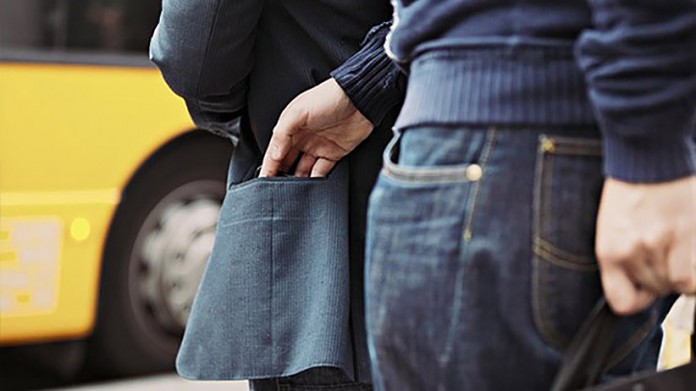 The Gemara in Brachos, daf yud tes, amud alef discusses Reb Yishmael saying that if one sees a talmid chochom do an aveirah at night one may not think badly of him the next day because he probably did teshuva. This concept applies to a transgression that doesn’t affect another person; it is between the sinner and Hashem. However, in a case where someone stole money from another person, the sinner is not considered innocent until he returns the money.

The Gemara in Taanis, daf zayin, amud bais says in the name of Reb Ami that the reason we have droughts is a result of the sin of gezel –robbery. How can we rectify the cause of a drought? The Gemara answers we can do so by increasing “tefillah.” We see from this Gemara that one can rectify “gezel” via davening; whereas from the previous Gemara we see that the only way to rectify stealing is by returning the stolen object.

One way of reconciling these Gemaras is by explaining that when the Gemara says to increase “tefillah” that is only after the stolen object is returned.

One more explanation could be that there are two types of “gezel.” The first type refers to a situation where one steals an object and has the object on hand. In this case, one cannot do teshuva until the object is returned. There may be a different type of situation, for example, in which someone steals a bag of flour and then bakes it into bread. The original stolen object has been changed. One must then one pay money and therefore does not need to return the actual object. This will still require “tefillah” because one could not return the original object.

There is a case in the Gemara in Kiddushin that if one is mekadesh a woman on condition that he is a “tzaddik gamur” (total tzaddik) the kiddushinwould work because he probably did teshuva in his heart. There is a machlokes whether that would work in the case of someone who is a gazlan. According to the shitta that it would work, how could the “hirhur teshuva” work if one does not return the object?

The word teshuva means returning to Hashem. We must return to the good ways of Hashem and not chas v’shalom steal Hashem’s time.